PG&E exhibited “a callous disregard” for the life and property of residents before its equipment ignited the most destructive wildfire in recent U.S. history, a summary of the grand jury investigation said. Investigators concluded the primary cause of the fire was a nearly century-old suspension hook that failed, worn through after decades hanging in a windy canyon.

“Through a corporate culture of elevating profits over safety by taking shortcuts in the safe delivery of an extremely dangerous product — high-voltage electricity — PG&E certainly lead otherwise good people down an ultimately destructive path,” the 92-page summary released Tuesday said.

In response, the country’s largest utility pleaded guilty Tuesday in Butte County Superior Court to 84 felony counts of involuntary manslaughter. The company maintains that it cherishes public safety above all else.

One of the attorneys representing victims in the case against Pacific Gas & Electric, James Frantz, discussed the lawsuit via Skype with KUSI’s Logan Byrnes. 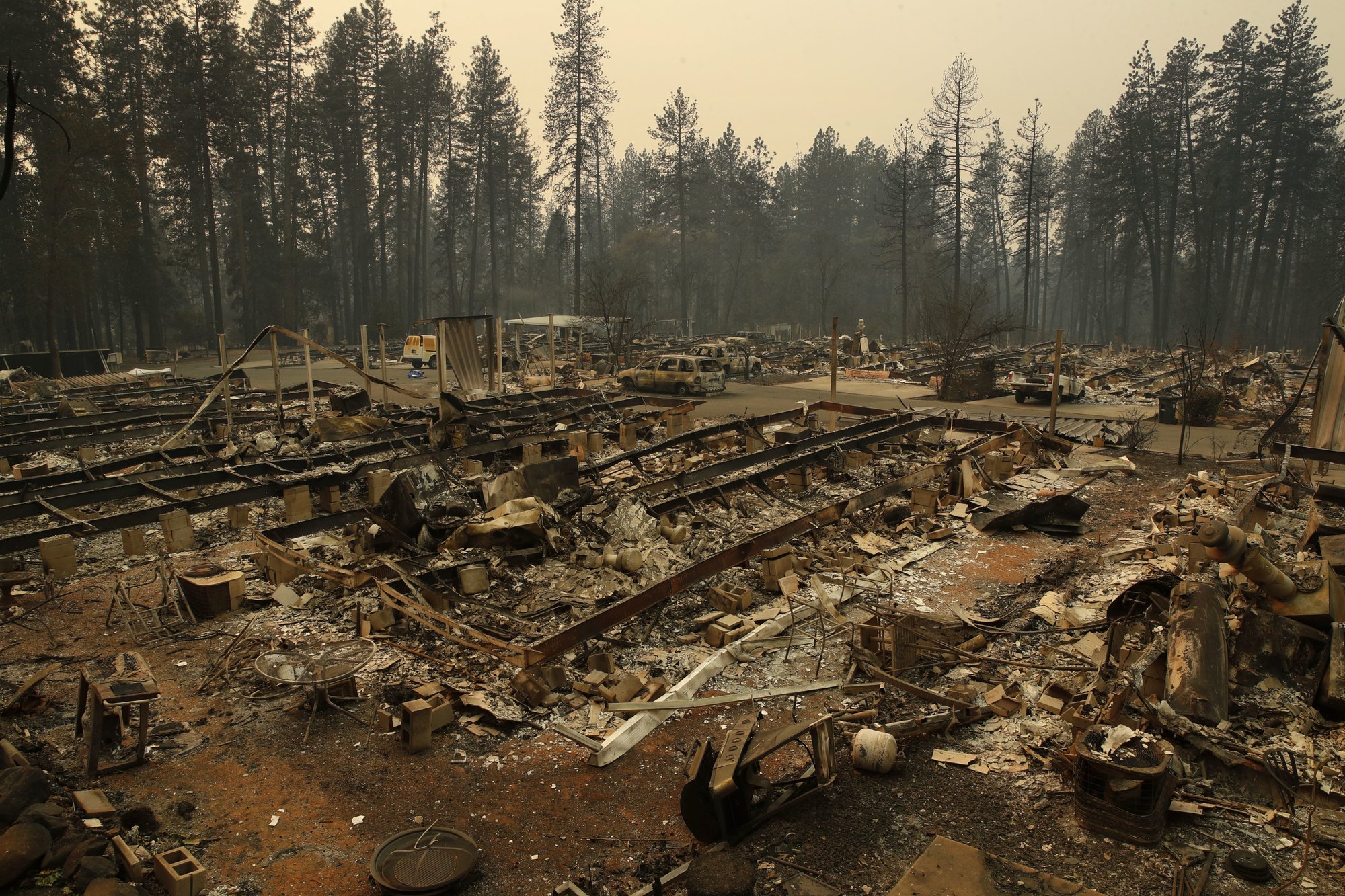 Prosecutors say they discussed charging utility individuals but decided they lacked the evidence to do so, which means there is no one to imprison for the crimes. PG&E instead will pay a maximum fine of $3.5 million and $500,000 to cover the county’s costs of the criminal investigation.

The fire was the most destructive U.S. wildfire in a century, demolishing more than 18,000 homes and other buildings, mostly in the town of Paradise about 170 miles (275 kilometers) northeast of San Francisco. Butte County District Attorney Michael Ramsey charged 84 deaths, saying he could not prove the utility caused one of the deaths.

Those who died were mostly elderly or disabled — the oldest 99 and the youngest 20. Their remains were found in showers and bathtubs, clutching a beloved photograph, cuddling pets, trapped in getaway cars and even seeking safety under a vehicle.

TK Huff of the nearby town of Concow was found outside his home, 10 feet (3 meters) from his wheelchair. Evidence suggested the 71-year-old tried to drag himself away to escape the fire, the report said.

Three generations of the Heffern family — Christina, Ishka and Matilde — called 911 as the fire raced toward their Paradise home and, with the phone line still open, helpless “dispatchers listened to their screams.”

The Camp Fire Public Report paints a damning picture of PG&E as an entity that regularly shirked accountability and was shameless in its unwillingness to learn from past failures. The San Francisco-based utility was convicted in 2016 of multiple federal felonies after one of its gas transmission pipes exploded in the San Francisco suburb of San Bruno, killing eight people.

The fire in Paradise, dubbed the Camp Fire, broke out in the early morning amid dry, gusty weather; it was unlike anything firefighters had seen before. Whipped by fierce winds, it scattered softball-sized embers every which way, trapping residents in walls of fire.

Investigators determined the cause of the main fire was a suspension “C” hook on a transmission tower that had worn through after decades hanging in Feather River Canyon. The report notes PG&E would have known had it bothered to inventory the hook, maintain thorough inspections with qualified inspectors, or even listened to its own employees. But the report said its line inspections were designed not to detect flaws.

PG&E acquired the transmission line from Great Western Power Company in 1930, and despite realizing it was likely at the end of its life, did minimal maintenance and repair.

“In essence, in 1930 PG&E blindly bought a used car. PG&E drove that car until it fell apart,” according to the report. “A reasonable person has the common sense to know that service and maintenance become more important as the car ages and the miles accumulate.”

“Catastrophic failure … was not an ‘if’ question; it was a ‘when’ question.”

In 2007, the report notes, a PG&E engineer requested $800,000 to replace a section of the Caribou-Palermo line, writing of “multiple conductor failures” because of aging equipment. The engineer noted “the probability of that failure is imminent due to the age of both the towers and the conductor.”

Utility officials allocated $200,000 to the project, but the work was scrapped in 2009 and against the project manager’s concerns that without upgrades, “we could be picking up these towers out of the Feather River Canyon when they fall over.”

In December 2012, a transmission tower on the line collapsed, dragging down four other towers and damaging a fifth. A PG&E engineer recommended inspecting the other towers, which did not happen “consistent with PG&E’s practice of not following up on clearly established potential safety and/or maintenance issues,” the report said.

Prosecutors found the inspections and patrols of the Caribou-Palermo line were hastily done and conducted by inexperienced, untrained and unqualified “troublemen.” The company also routinely moved money for repairs to its capital budget so it could pass the costs to consumers rather than shareholders, the grand jury found.

Despite being on probation that meant the company must not commit another crime, investigators said its negligence resulted in multiple wildfires in recent years.

Although it acknowledges it still has a lot of catching up to do after years of neglecting its equipment, PG&E maintains its electrical grid is far less dangerous than before the Paradise fire. Under a judge’s orders, it says it has spent more than $1 billion trimming 1.3 million trees near its power lines and conducting exhaustive inspections for potential trouble spots. PG&E has budgeted another $1.3 billion this year.

“We are intently focused on reducing the risk of wildfire in our communities,” PG&E CEO Bill Johnson pledged after pleading guilty on behalf of the utility Tuesday.