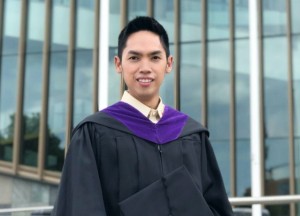 Laylo was travelling with his mother to the airport when several shots were fired into their Uber from an unidentified black car.

Laylo and his mother were transported to the hospital where he died from a gunshot wound to the back of the head. His mother remains at the hospital with injuries due to glass fragments. Reports are unclear about whether or not the Uber driver was injured.

Authorities have not released a motive or whether any person in the car were intentionally targeted. Detectives are still investigating and no arrests have been made at this time.