LONDON (AP) — A man held in connection with a series of stabbings that injured several people at a shopping center in northwestern England was arrested for a suspected terrorist act Friday, police said.

Police in the city of Manchester said a man in his 40s who was originally detained on assault charges was arrested on a charge of “the commission, preparation and instigation of an act of terrorism.”

The suspect allegedly entered the Arndale shopping center in central Manchester at 11:15 a.m. Friday armed with a large knife, police said. Two unarmed police officers confronted them, but he chased them as they called for urgent assistance. 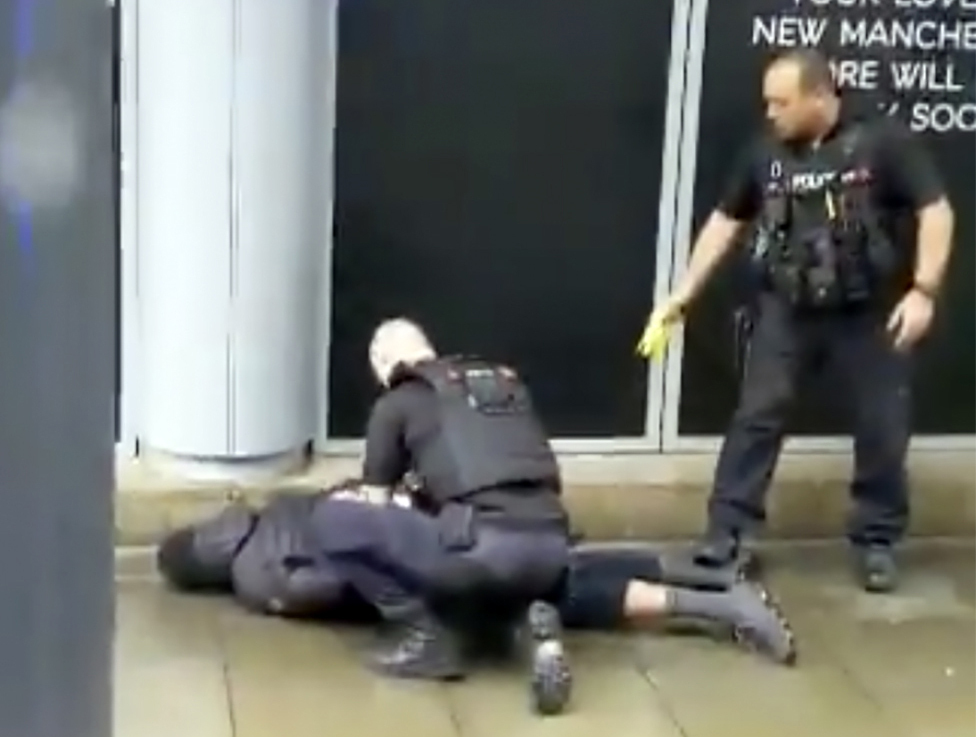 In this image taken from mobile phone footage, police arrest a man outside the Arndale Centre in Manchester, England, Friday October 11, 2019, after a stabbing incident at the shopping center that left four people injured. Greater Manchester Police say a man in his 40s has been arrested on suspicion of serious assault. He has been taken into custody. (John Greenhalgh via AP)

“It appears random, is certainly brutal and of course, extremely frightening for anyone who witnessed it,” Jackson said.

Counterterror police were leading an investigation Friday into a stabbing incident that injured four people at a shopping center in northwestern England, as police keep an open mind on the motive.

Police initially reported five people injured but later reduced the number. Two women and a man were hospitalized. Paramedics assessed an injured woman who wasn’t stabbed and didn’t go to the hospital.