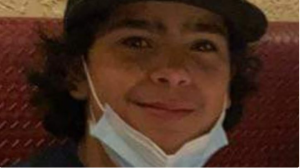 CHULA VISTA (KUSI) – A 12-year-old boy who suffered a fatal gunshot wound over the weekend at a South Bay condominium complex appears to have accidentally shot himself with a firearm provided by a friend, authorities said Tuesday.

Patrol officers responding to a report of a shooting in the 500 block of Telegraph Canyon Road in Chula Vista shortly after 9 a.m. Saturday found the child lying near a sidewalk, mortally wounded, according to police.

Paramedics took the victim to a hospital, where he was pronounced dead. His name has been withheld because he is a minor, according to Lt. Dan Peak of the Chula Vista Police Department.

Investigators determined that the gun involved in the fatality was brought to the victim’s home by a 15-year-old boy who had been invited to spend the night, according to police.

“Sometime during the sleepover, it appears, the victim was given access to the firearm while inside the residence and then accidentally shot himself,” the lieutenant said. “The victim was then moved outside by family members, where he was located by officers.”

Detectives have questioned the older boy — whose name also is being withheld because he is a juvenile — and are seeking to ascertain who owns the gun and how the teenager came into possession of it, according to Peak.

A GoFundMe campaign has been set up to cover Mendoza’s funeral costs. All are encouraged to donate here.