ROME (AP) — Pope Francis has become the first pontiff to endorse same-sex civil unions. The comments drew cheers from gay Catholics and demands for clarification from conservatives, given the Vatican’s official teaching on the issue.

The remarks came in the documentary “Francesco,” which premiered at the Rome Film Festival. In the documentary, the pope says: “Homosexual people have the right to be in a family. They are children of God.”

Francis says a civil union law is needed because “that way they are legally covered.” While archbishop of Buenos Aires, Francis endorsed civil unions for gay couples as an alternative to same-sex marriages but had never come out publicly in favor of civil unions as pope. 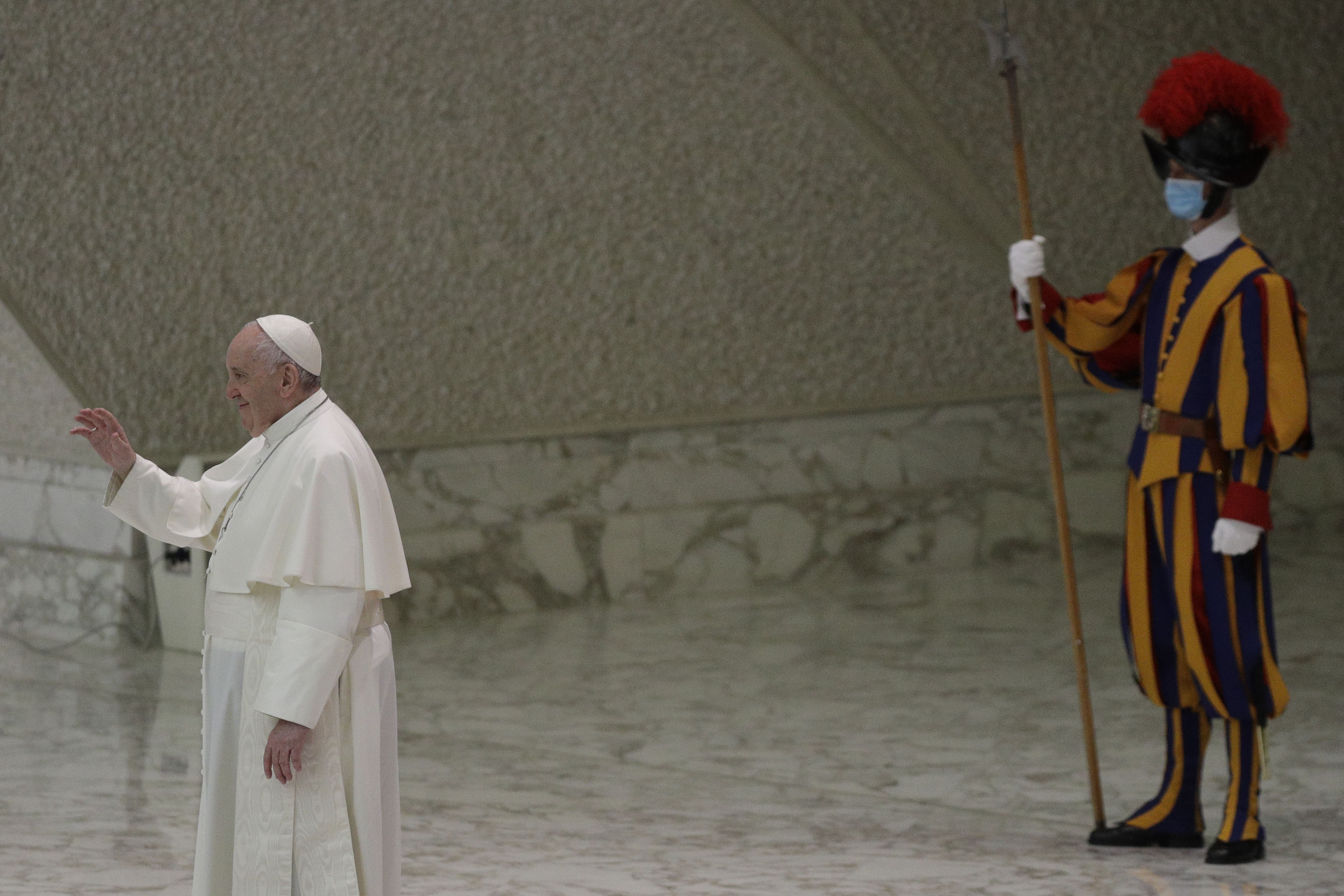 Pope Francis waves to faithful in the Paul VI hall ‘at the end of the weekly general audience at the Vatican, Wednesday, Oct. 21, 2020. (AP Photo/Gregorio Borgia)

Moderna asking US, European regulators to OK its virus shots