WASHINGTON (AP) — Pressure mounting but with signs of progress, President Joe Biden is hunkering down at the White House to try to strike a deal and win over two holdout Democratic senators whose support is needed for his potentially historic $3.5 trillion government overhaul.

All eyes are turning to Sens. Joe Manchin of West Virginia and Kyrsten Sinema of Arizona, as Republicans are solidly opposed to the bill, the Democrats have no votes to spare. Manchin and Sinema currently have said the price tag is too big.

In one sign of trouble ahead, House Speaker Nancy Pelosi suggested Wednesday that she might delay an expected vote Thursday on a related $1 trillion public works measure that centrist senators want but that progressives are threatening to defeat unless there’s movement on Biden’s broader package.

Senate Minority Leader Mitch McConnell spoke on the Senate floor, explaining how the Democrats tax hikes would hurt Americans. McConnell said, “It was true about the Democrat’s efforts to stuff a big amnesty for illegal immigrants into the bill. And it’s especially true about the tidal wave of huge tax heights and IRS snooping that Democrats are putting together behind closed doors. Taxes on small businesses, taxes on family farms, double taxes on the ones who pass the reigns to the next generation. New taxes that would make America one of the least hospitable places in the world to invest, grow a business, or create jobs.” 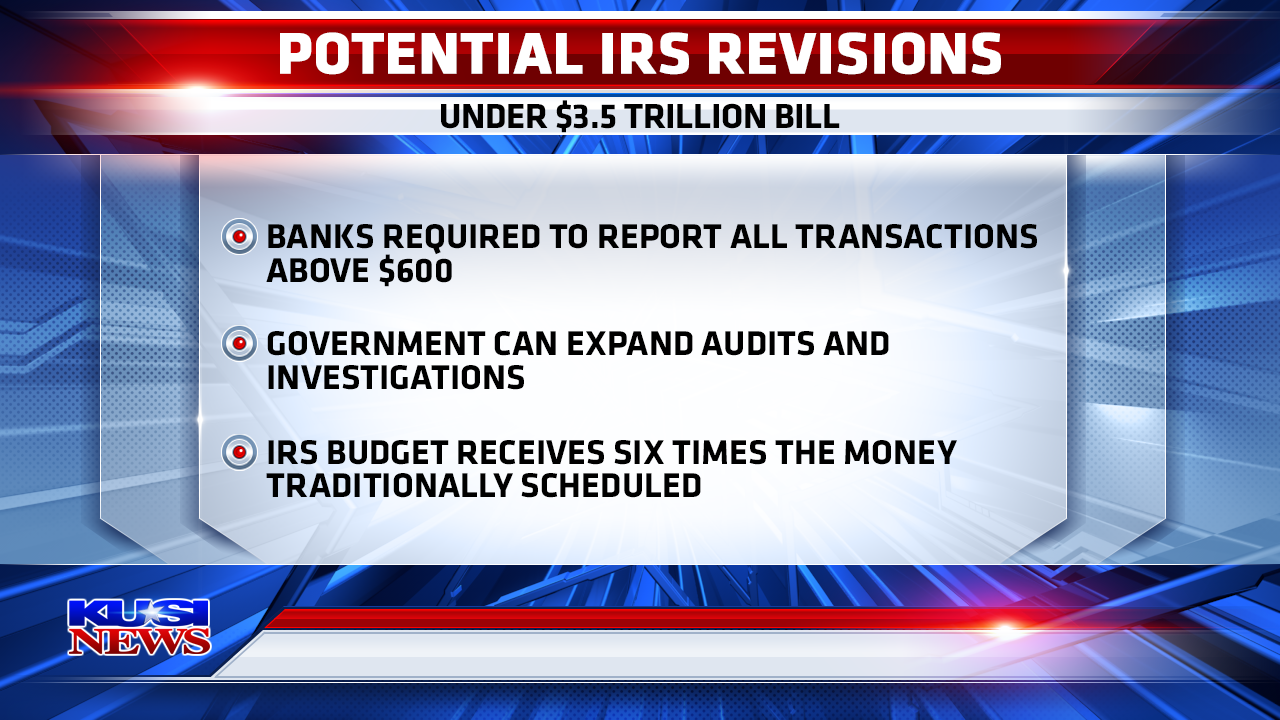 McConnell touched on an aspect of the bill that allows the IRS to look into citizens private transaction that are greater than $600. The bill would require banks and financial institutions to provide annual reports to the IRS of account inflows that exceed $600. The Biden Administration says the additional tax revenue would be used to fund Biden’s $3.5 trillion family and climate change plan.

The banks wrote a letter to Speaker Pelosi and House Minority Leader Kevin McCarthy expressing their strong opposition to this policy.

Part of the letter reads;

“This proposal, as described by the Department of Treasury, would require financial institutions and other providers of financial services to track and submit to the IRS information on the inflows and outflows of every account above a de minimis threshold of $600 during the year, including breakdowns for cash. While the stated goal of this vast data collection is to uncover tax dodging by the wealthy, this proposal is not remotely targeted to that purpose or that population. In addition to the significant privacy concerns, it would create tremendous liability for all affected parties by requiring the collection of financial information for nearly every American without proper explanation of how the IRS will store, protect, and use this enormous trove of personal financial information. We believe that this program is costly for all parties, not fit for purpose, and loaded with potential for unintended and serious negative consequences.

Wyoming's @SenJohnBarrasso showcases how big the Democrats $3.5 trillion 'Build Back Better' bill is.

"How many Democrats do you think have read this?"

Democrats' new claim: Spending trillions of dollars on socialism is actually free, as long as they slam Americans with tax hikes at the same time!

The full AP report can be read here. 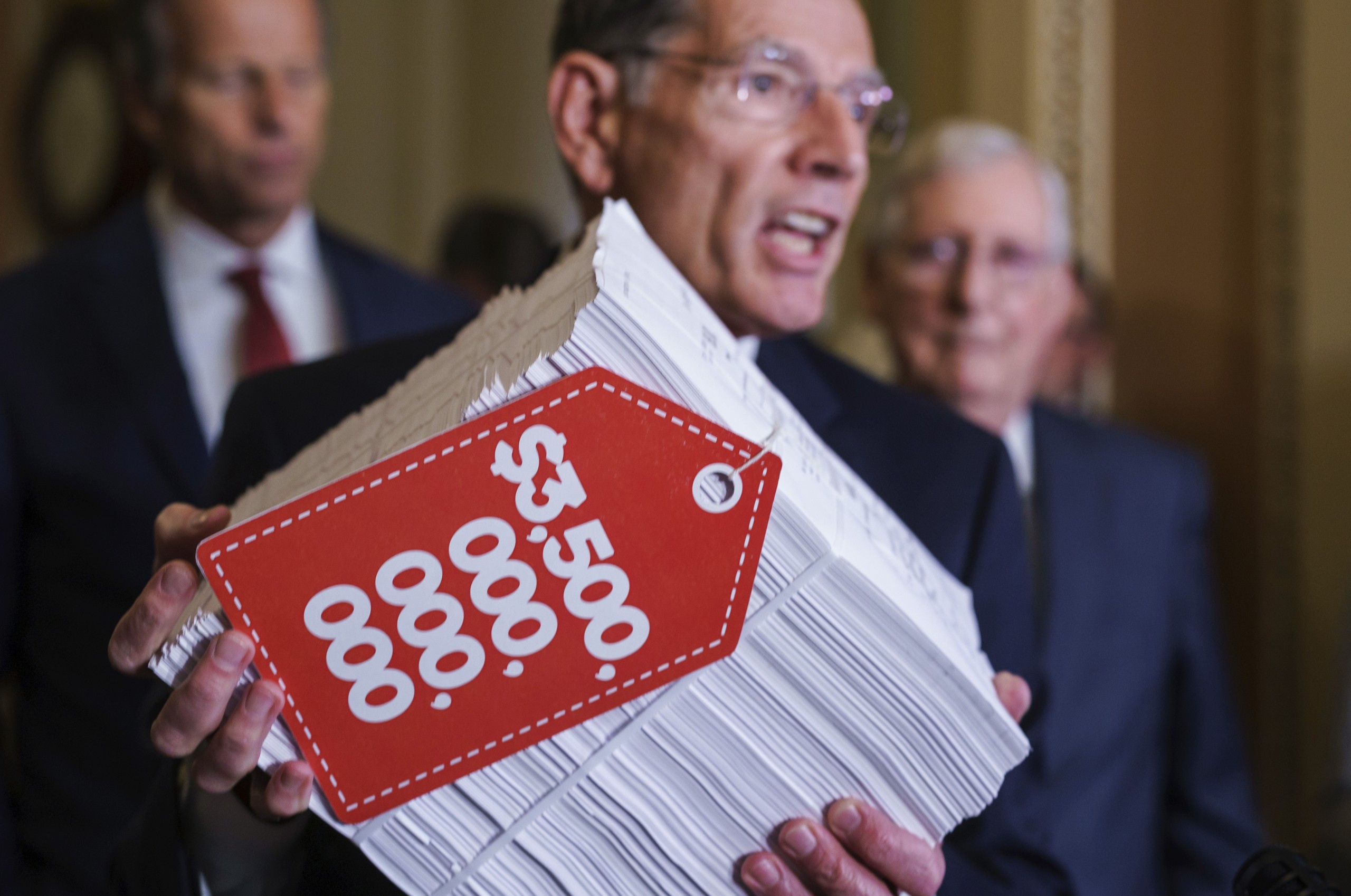