WASHINGTON (AP) — President Donald Trump blasted Joe Biden as a hapless career politician who will endanger Americans’ safety as he accepted his party’s renomination on the South Lawn of the White House.

Trump defied his own administration’s pandemic guidelines to speak for more than an hour to a tightly packed, largely maskless crowd. Although most of the people in attendance took a test prior to attending.

Facing a moment fraught with racial turmoil, economic recovery and a national health emergency, Trump delivered a triumphant, optimistic vision of America’s future Thursday. But he said that brighter horizon could only be secured if he defeated his Democratic foe, Joe Biden.

“We have spent the last four years reversing the damage Joe Biden inflicted over the last 47 years,” Trump said, referring to the former senator and vice president’s career in Washington.

When Trump finished, a massive fireworks display went off by the Washington Monument, complete with explosions that spelled out “Trump 2020.”

His acceptance speech kicked off the final stretch of the campaign, a race now fully joined and, despite the pandemic, soon to begin crisscrossing the country. Trump’s pace of travel will pick up to a near daily pace while Biden, who has largely weathered the pandemic from this Delaware home, announced Thursday that he will soon resume campaign travel.

Biden’s campaign strategy of remaining home, and away from the media has been highlighted by the Trump campaign with the nickname, “Basement Biden.”

Teasing once more that a vaccine could arrive soon, the president promised victory over the coronavirus pandemic, which has killed more than 180,000 people in the United States, left millions unemployed and rewritten the rules of society. And, in the setting for his speech, Trump sought to project a sense of normalcy by throwing caution about the coronavirus aside.

The president spoke from a setting that was both familiar and controversial. Despite tradition and regulation to not use the White House for purely political events, a huge stage was set up outside the executive mansion, dwarfing the trappings for some of the most important moments of past presidencies. The speaker’s stand was flanked by dozens of American flags and two large video screens.

Trying to run as an insurgent as well as incumbent, Trump rarely includes calls for unity, even in a time of national uncertainty. Presenting himself as the last barrier protecting an American way of life under siege from radical forces, Trump has repeatedly, if not always effectively, tried to portray Biden, who tries to portray himself as a moderate Democrat, as a tool of extreme leftists. 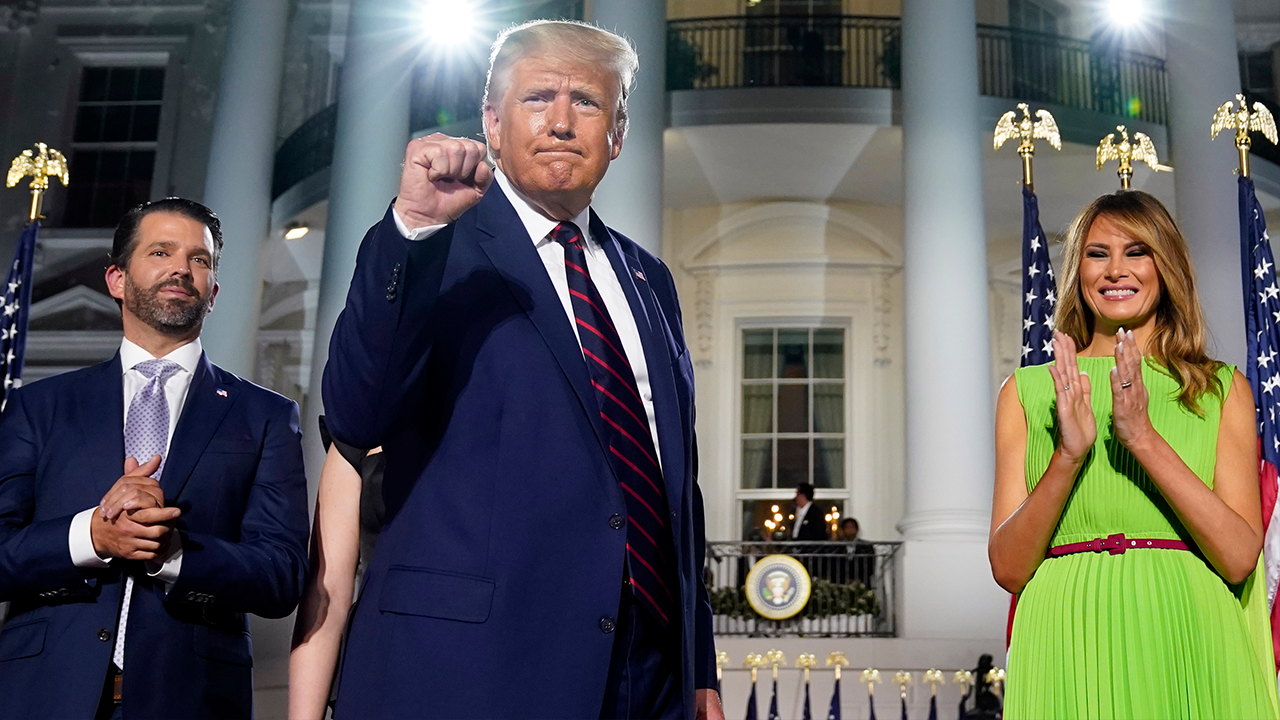 KUSI Contributor Mark Larson shared his thoughts on President Trump’s speech and the vision for America portrayed all week at the RNC Thursday night on KUSI News.

Friday on Good Morning San Diego, President Trump’s former assistant, Madeline Westerhout, shared her thoughts on the conclusion of the 2020 RNC and how their vision for America is drastically different than what was portrayed at the RNC.