Standing alongside Israeli Prime Minister Benjamin Netanyahu at the White House, Trump made formal a move he announced in a tweet last week. The president said it was time for the U.S. to take the step after 52 years of Israeli control of the strategic highlands on the border with Syria.

Netanyahu had pressed for such recognition for months. Trump’s action gives him a political boost weeks before what’s expected to be a close Israeli election.

Israel captured the Golan from Syria in the 1967 Mideast war but its sovereignty over the territory is not recognized by the international community. 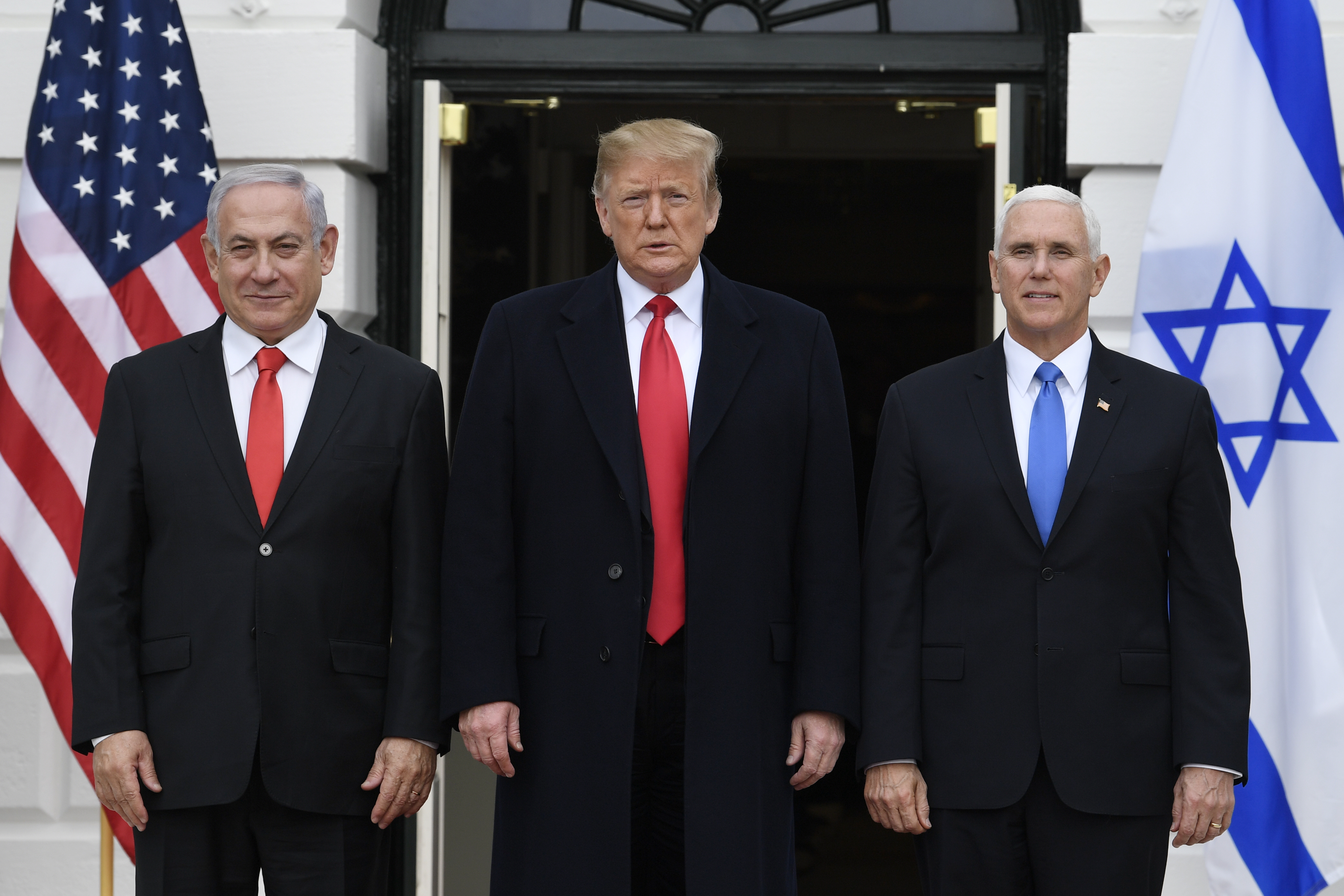 “This should have been done numerous presidents ago,” Trump said.

The two leaders met as the Israeli military was striking Hamas targets in the Gaza Strip in response to a rocket that hit a house north of Tel Aviv and wounded seven people.

“Israel is responding forcefully to this wanton aggression,” said Netanyahu, who planned to return to Israel to manage the attack following his meeting with Trump and other U.S. officials, including Vice President Mike Pence.

In a speech earlier Monday, Pence said the rocket attack “proves that Hamas is not a partner for peace.” Pence told the American Israel Public Affairs Committee that “Hamas is a terrorist organization that seeks the destruction of Israel, and the United States will never negotiate with terrorist Hamas.”

The rocket destroyed a residential home in the farming community of Mishmeret, north of the city of Kfar Saba. The sounds of air raid sirens jolted residents of the Sharon area, northeast of Tel Aviv, from their sleep shortly after 5 a.m., sending them scurrying to bomb shelters. A strong sound of an explosion followed. The Israeli military quickly mobilized troops and called up reserves, setting the stage for a potential major conflagration shortly before Israel’s upcoming elections.

Netanyahu arrived in Washington on Sunday for what was to have been a three-day visit.

In his remarks, Pence also took issue with comments by Rep. Ilhan Omar, D-Minn., that he said were anti-Semitic. Omar, a first-term lawmaker who is one of two Muslim women in Congress, has alleged that congressional support for Israel reflected “allegiance to a foreign country” and that Israel “has hypnotized the world.” She also has accused Americans who support Israel of being bought off by campaign donations.

“Anti-Semitism has no place in the Congress of the United States, and any member who slanders those who support the historic alliance between the United States and Israel with such rhetoric should not have a seat on the House Foreign Affairs Committee,” Pence said.