WASHINGTON (AP) — President Donald Trump said Tuesday he’ll issue an executive order to protect monuments that are coming under new scrutiny as America wrestles with racism during the unrest sparked by the police killing of George Floyd.

Trump has been clear that he opposes the removal of monuments of leaders of the Confederacy or other distasteful aspects of American history.

Commenting as he departed the White House for a trip to Arizona, Trump said, “I will have an executive order very shortly, and all it’s really going to do is reinforce what’s already there, but in a more uniform way.”

At a time of nationwide protests over racial injustice and inequality, Trump has aligned himself squarely on the side of those who argue that the pendulum has swung too far in the direction of eliminating reminders of hated aspects of American history.

Trump had tweeted late Monday that those who tried to topple a statue of President Andrew Jackson in Lafayette Park across the street from the White House faced 10 years in prison under the Veterans Memorial Preservation Act.

Jackson is one of Trump’s favorite presidents.

The federal statute Trump cites subjects anyone who willfully injures or destroys, or attempts to injure or destroy, any structure, plaque, statue or other monument on public property commemorating the service of any person or persons in the armed forces of the United States to fines, up to 10 years imprisonment or both. 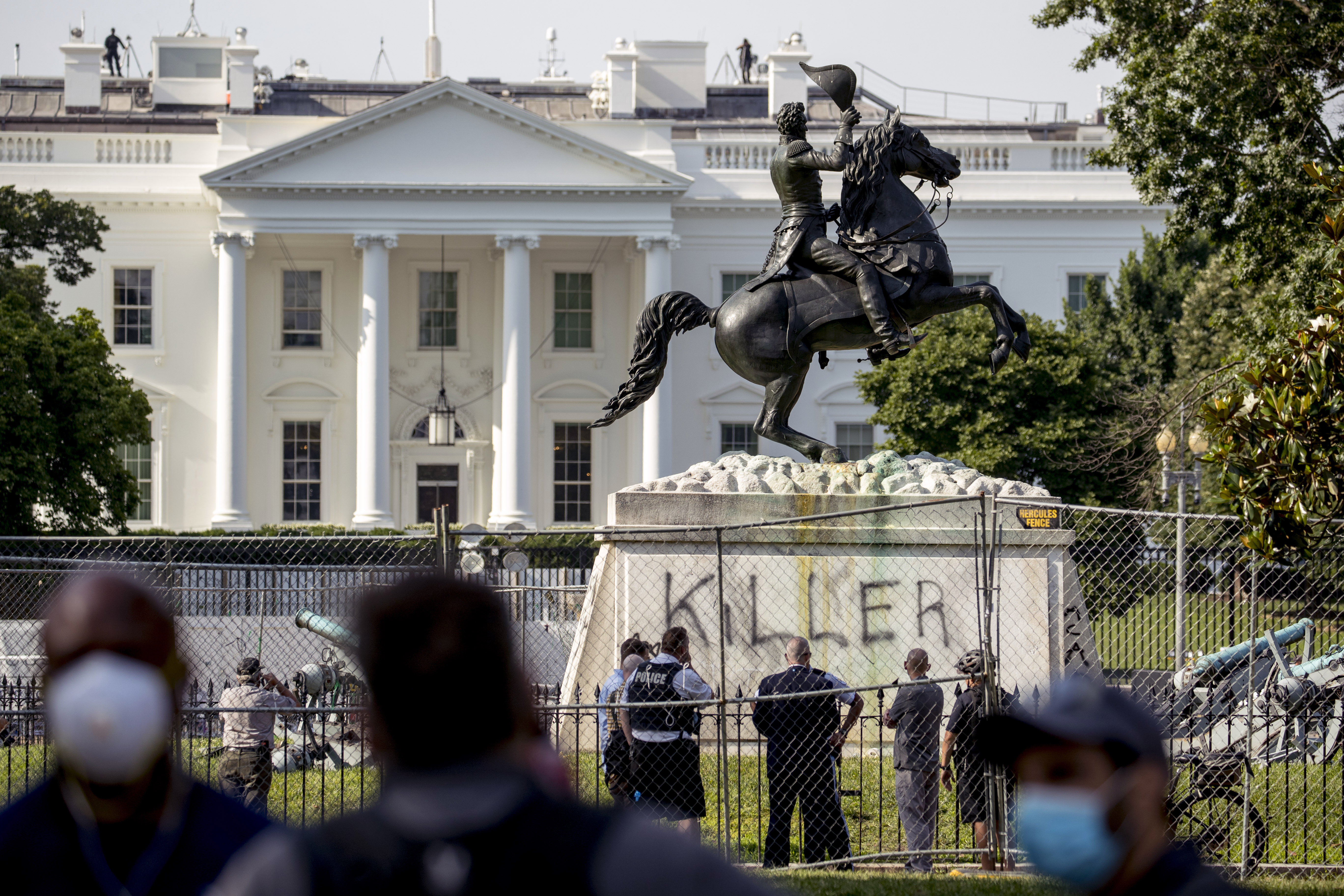 …..This action is taken effective immediately, but may also be used retroactively for destruction or vandalism already caused. There will be no exceptions!

There will never be an “Autonomous Zone” in Washington, D.C., as long as I’m your President. If they try they will be met with serious force!