In recent days, Trump has showcased progress his administration has made in building more wall on the U.S.-Mexico border and vowed to renew his effort to end legal protections for hundreds of thousands of immigrants brought to the United States as children. The Supreme Court last month ruled that the administration improperly ended the Deferred Action for Childhood Arrivals program in 2017.

But, White House officials and campaign surrogates are making a pitch to Hispanic voters that Trump built a strong economy prior to the economic collapse caused by the coronavirus pandemic, one that saw the unemployment rate for Hispanics reach all-time lows.

Latinos’ support for Trump has been steady over the course of his presidency, much like Trump’s approval rating overall.

Trump, in his Rose Garden remarks, emphasized his support for charter schools;, noting that one in three students who attend U.S. charters are Hispanic. Charters are publicly funded but privately run, and have grown in popularity around the country since their inception more than 25 years ago. Advocates say their relative independence –- they face fewer instructional and bureaucratic regulations, and are largely free from collective bargaining -– allows educators to innovate.

But teacher unions around the country have been pressing for local and federal lawmakers to stem the proliferation of charters, which they say are siphoning funding from traditional public schools.

“As long as I’m president I will never let your charter schools be taken away from you,” Trump said. 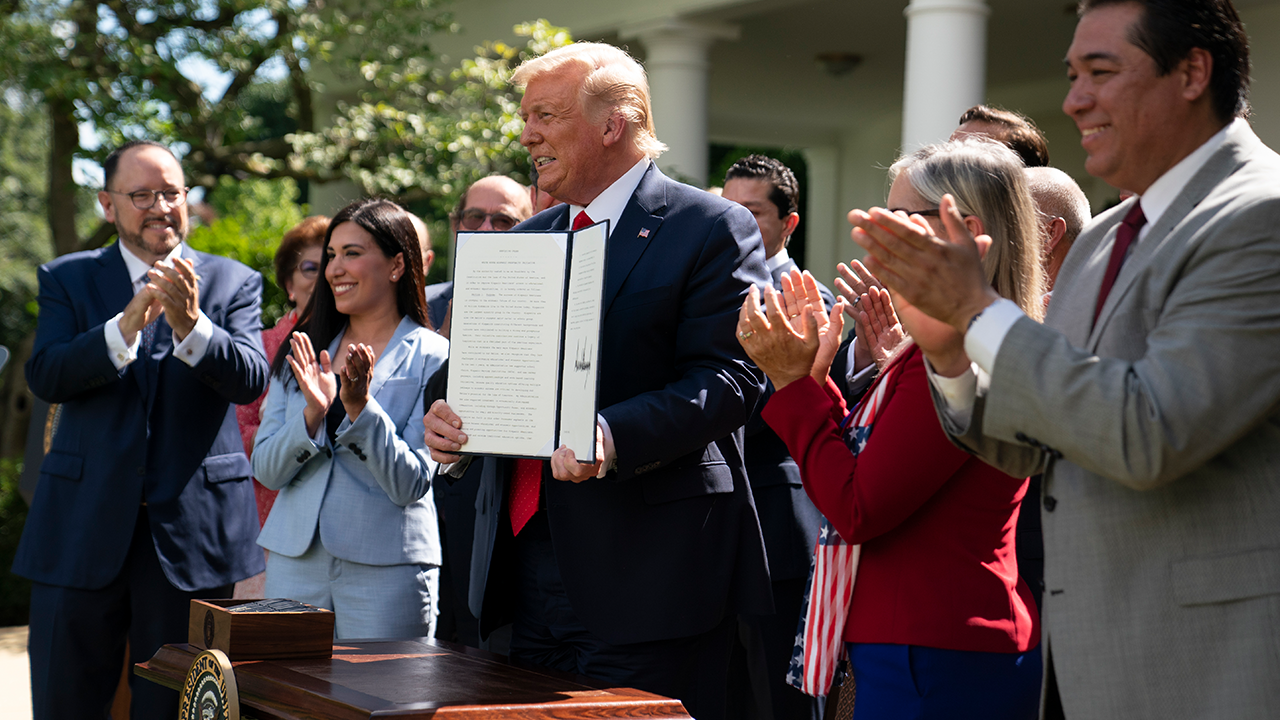 President Donald Trump holds up an executive order on the “White House Hispanic Prosperity Initiative,” in the Rose Garden of the White House, Thursday, July 9, 2020, in Washington. (AP Photo/Evan Vucci)