WASHINGTON (AP) — President Donald Trump couldn’t resist riffing on the House impeachment inquiry Tuesday as he continued the tradition of pardoning a Thanksgiving turkey, generating holiday-season laughter at the expense of House Intelligence Committee Chairman Rep. Adam Schiff, one of his chief antagonists in Congress.

Trump joked that the pair of North Carolina-bred turkeys he was about to pardon had been raised to “remain calm under any condition,” a trait that he said will be “very important because they’ve already received subpoenas to appear in Adam Schiff’s basement on Thursday.”

“It seems the Democrats are accusing me of being too soft on turkey,” Trump told guests seated in the White House Rose Garden, where he was flanked by his wife, first lady Melania Trump. But he told the turkeys that, “unlike previous witnesses, you and I have actually met. It’s very unusual.”

Trump’s Republican defenders in Congress had criticized Schiff for holding closed-depositions in a secure room in the basement of the Capitol Visitor Center, which Democrats said was necessary for the investigation. Trump has criticized the impeachment inquiry as both a “scam” and a “hoax.”

Trump also has claimed to barely know some of the witnesses – including Gordon Sondland, Trump’s ambassador to the European Union – who testified during public impeachment hearings chaired by Schiff, a California Democrat. Testimony from several officials showed that Sondland had been in frequent contact with Trump around the time Trump spoke with the president of Ukraine about doing a politically beneficial “favor.”

Schiff is leading the House impeachment inquiry for his committee. Meanwhile, as the White House ceremony was about to begin, the House Judiciary Committee announced it has scheduled an impeachment hearing for Dec. 4, when Trump is expected to be in London for a NATO conference.

Trump’s latest act of clemency benefited Butter, a 47-pound (21-kilogram) turkey granted a “full and complete” pardon. Trump said he was also sparing Butter’s alternate, named Bread, who weighs 45 pounds (20 kilograms) from being served up on a Thanksgiving table.

Both gobblers will get to spend the rest of their lives on a farm at Virginia Tech in Blacksburg, Virginia.

Turning serious, Trump gave thanks for the “newfound prosperity and spirit” that he said is taking hold across the country and predicted “it’s going to be a great Thanksgiving.” He also expressed gratitude for U.S. service members who will spend the holiday stationed in hot spots around the world. 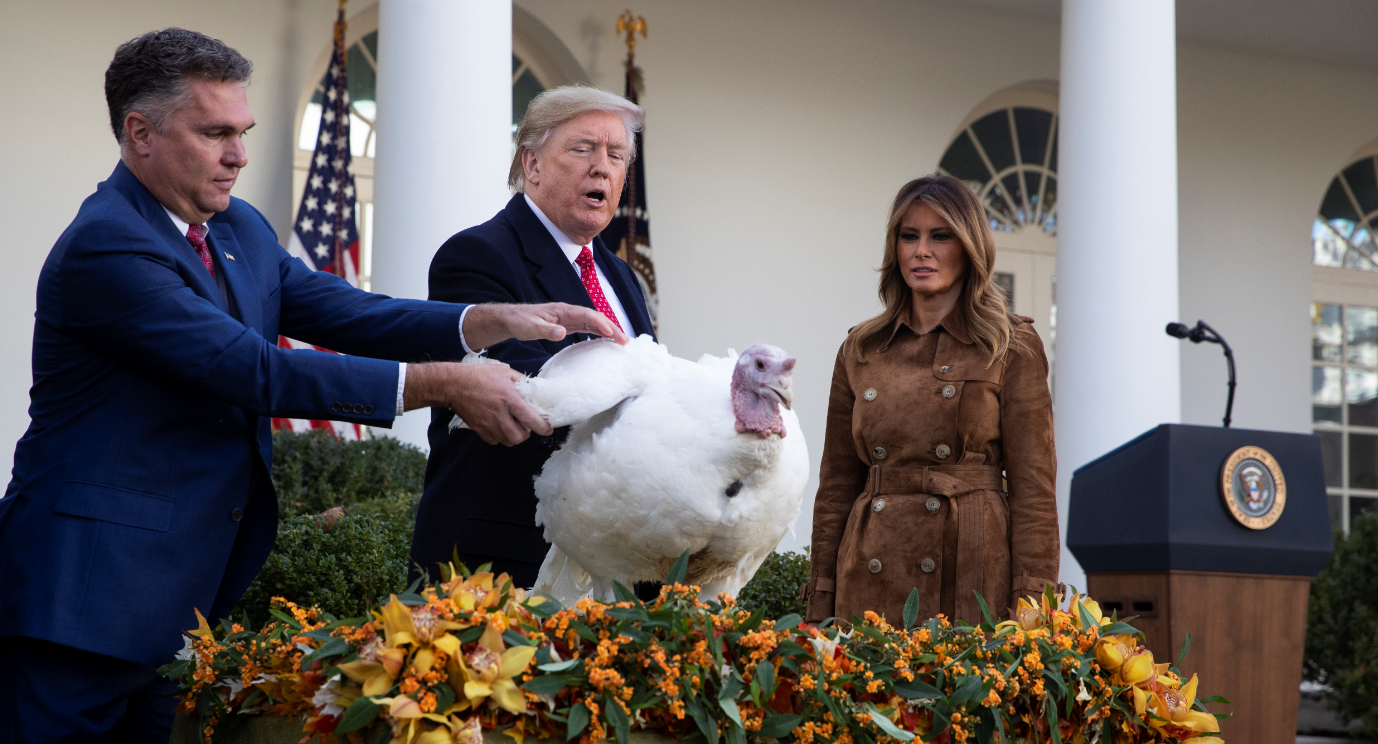 Remains of seven Marines and Sailor recovered after training accident