Trump celebrated the 2018 NASCAR Cup Series Champion Tuesday on the South Lawn, along with team owner Roger Penske. With Logano’s car parked nearby, Trump praised the driver and called it “one beautiful car.”

Trump also congratulated Penske and the team, saying he had known Penske a long time. He described NASCAR as a thrilling sport and called himself a fan.

“They’re winners, right,” said Trump. “The team is a winner and NASCAR is a winner.”

Logano thanked his team and gave Trump one of his helmets and a small trophy.

Trump concluded the event by inviting the team and some members of Congress to tour the Lincoln bedroom. 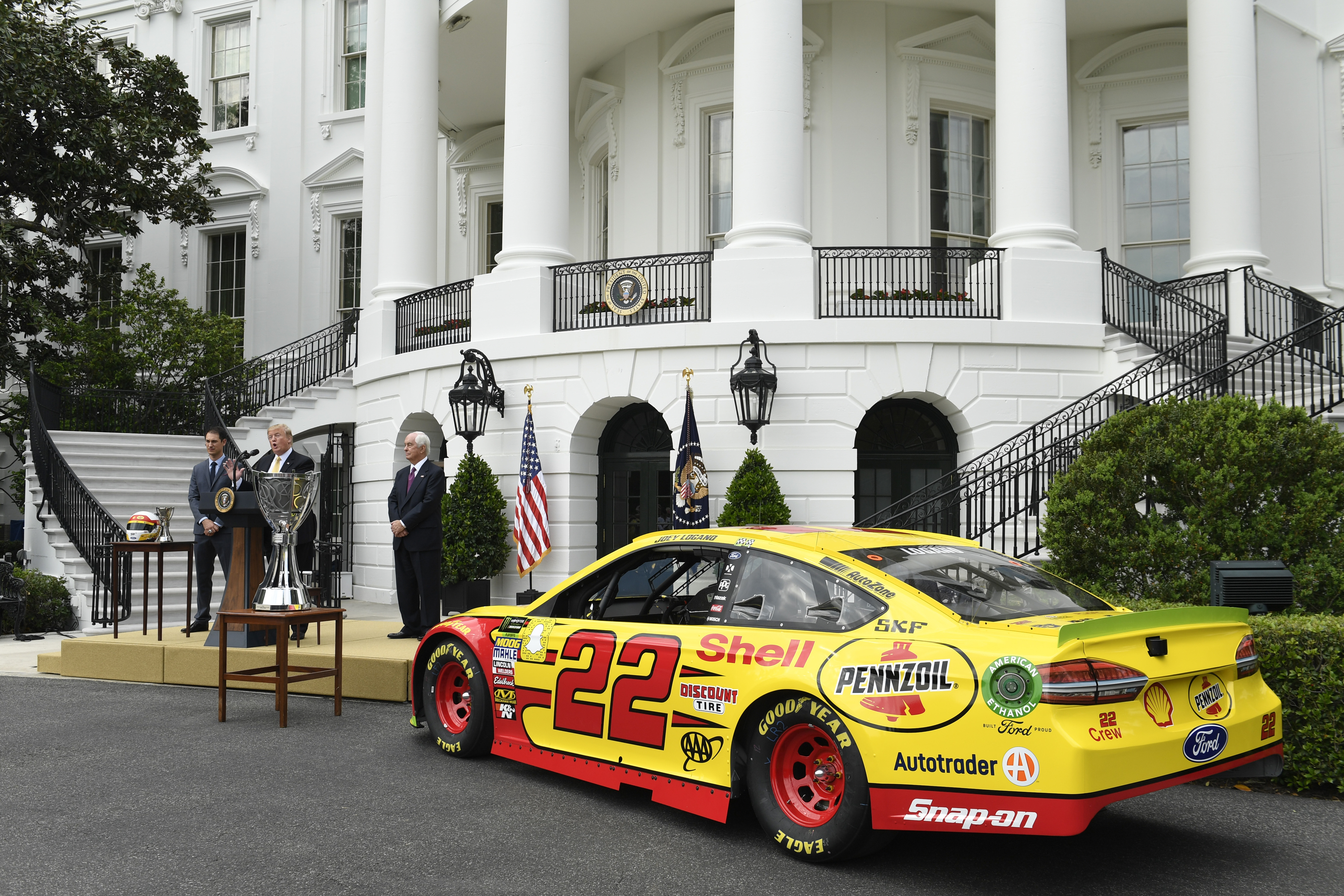 Today, it was my great honor to welcome and host the 2018 @NASCAR Cup Series Champion, @JoeyLogano and @Team_Penske to the @WhiteHouse! pic.twitter.com/ExCangG6Kc