WASHINGTON (AP) — The Trump administration’s rollback of mileage standards Tuesday marks a win for Americans who are tired of government regulation.

My proposal to the politically correct Automobile Companies would lower the average price of a car to consumers by more than $3500, while at the same time making the cars substantially safer. Engines would run smoother. Positive impact on the environment! Foolish executives!

But Democratic lawmakers and environmental groups condemn the rollback, and years of legal battles are expected, including from California and other states opposed to the rollback.

“We’ve seen all too terribly the consequences of those who denied warnings of a pandemic. We can’t afford any more consequences of climate denial,” Obama tweeted after Trump’s transportation and Environmental Protection Agency heads made the final rule public.

Obama also ventured into this year’s presidential campaign with the mileage rollback, telling Americans to “”vote this fall.”” His vice president, Joe Biden, is the front-runner for the Democratic presidential nomination.

We've seen all too terribly the consequences of those who denied warnings of a pandemic. We can't afford any more consequences of climate denial. All of us, especially young people, have to demand better of our government at every level and vote this fall. https://t.co/K8Ucu7iVDK 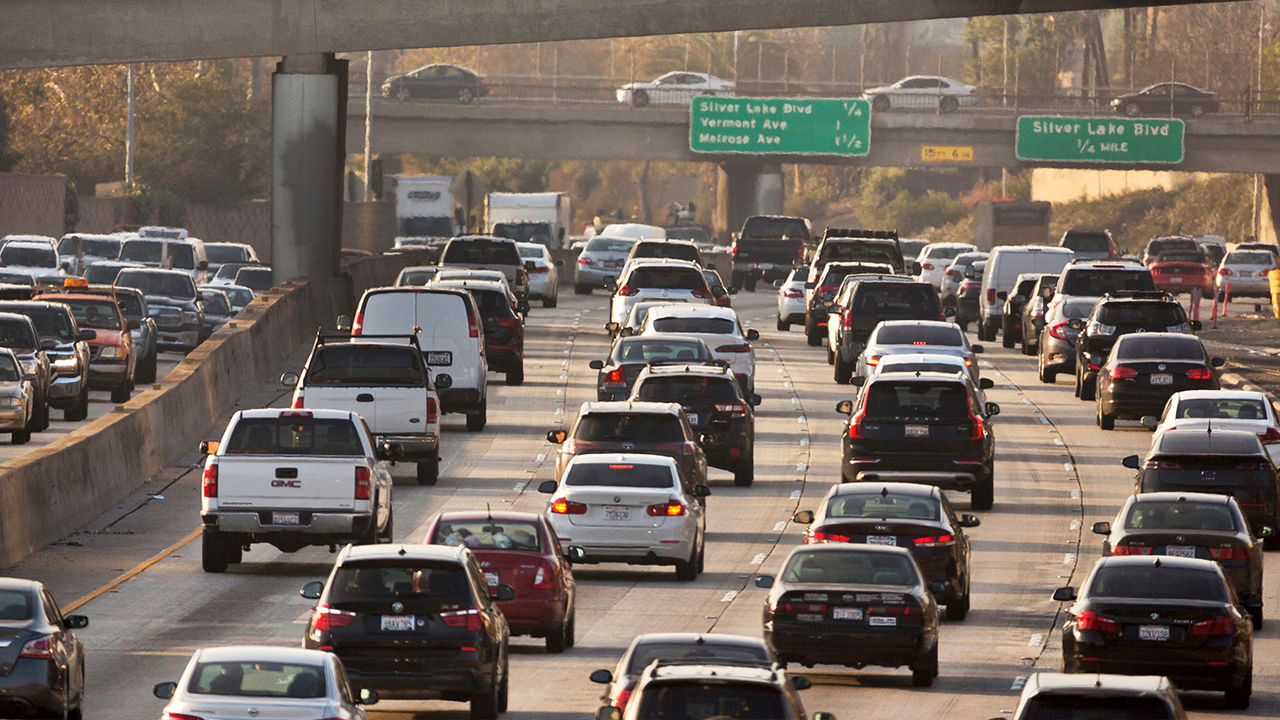 FILE – This Dec. 12, 2018, file photo shows traffic on the Hollywood Freeway in Los Angeles. The Trump administration is signaling that it could increase fuel economy standards, possibly compromising on its push to freeze them at 2020 levels. In one of the administration’s hardest-fought battles to roll back Obama-era environmental regulations, two federal agencies submitted a final rule on gas mileage and greenhouse gas emissions on Tuesday, Jan. 14, 2020. (AP Photo/Damian Dovarganes, File)

John Bozzella, CEO of the Alliance for Automotive Innovation, a trade group representing automakers, said the industry still wants middle ground between the two standards, and it supports year-over-year mileage increases. But he says the Obama-era standards are outdated because of the drastic shift to trucks and SUVs.

Trump initially proposed simply dropping mandates for more fuel efficiency entirely, but he compromised after California and a dozen other states and a faction of automakers revolted, and after Trump federal officials had difficulty coming up with justifying arguments.

The compromise “strikes the right regulatory balance that protects our environment, and sets reasonable targets for the auto industry,” EPA chief Andrew Wheeler said. “This rule supports our economy, and the safety of American families.”

Almost the entire premise of the rollback is that car prices would drop an average of $1,000 because automakers would spend less on fuel-efficiency technology. “These are dollars that are coming out of consumers’ pockets, out of families’ pockets,” Owens said.

Industry analysts, however, say $1,000 won’t mean much to the buyer of an average new vehicle, which cost just under $38,000 in March.

“My honest answer is it’s going to be marginal if anything,” said Mujeeb, who sold new vehicles before starting his own business. “It’s not going to make any difference in sales.”

But experts dispute that claim, saying many of the vehicles traded in over the next eight years will be 4 and 5 years old, and there isn’t much safety difference between those and new vehicles.

David Friedman, vice president of advocacy for Consumer Reports, said the government also is assuming that because the vehicles’ mileage won’t be as good, people will drive less and be exposed to less risk on the road. He says that assumption is flawed.

And opponents say dirtier air from the rollback will kill and injure more people than the rollback claims to save in roadway accidents.

Drawing on the government’s projections, the Environmental Defense Fund advocacy group projects 18,500 additional deaths from respiratory problems and other illnesses by mid-century, along with more illnesses and lost work days.

“He’s going to miss more events,” said Hauptman, who keeps the boy inside whenever air pollution readings are high, rather than risk another asthma attack away from home. “They look to you for help, and you just pray you get home in time to use your nebulizer.”

“The only winner from this action is the oil industry, which wants us stuck driving dirty gas guzzlers as long as possible,” said Gina McCarthy, Obama’s former EPA chief, now head of the Natural Resources Defense Council advocacy group.