A new Quinnipiac poll found that 43% of California voters say they can’t afford to live here.

Furthermore, 61% of voters aged 18 to 34 say they can’t afford to live in the Golden State.

Details from the poll on “Affording the Golden State” say:

A total of 58 percent of California voters rate the state’s economy as “excellent” or “good,” while 38 percent say “not so good” or “poor.”

“For many Californians, life is less than golden in the Golden State,” Malloy said. 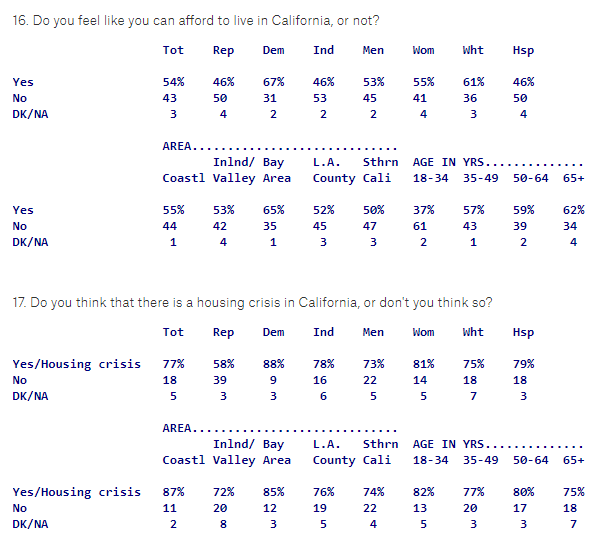 More information from the poll can be found by clicking here.

The Latest: Greece toughens restrictions at one border

US wholesale prices edged down 0.2% in June as food costs fell while energy costs increased

The Latest: Another Spanish region to mask wearing mandatory