JULIAN (KUSI) – Sheriff’s deputies were searching Tuesday for a 76-year- old man who failed to return home from an afternoon walk near Pine Hills.

Terry Hughes has light hair and is 6-foot-1, but he walks with a dramatic hunch, that makes him appear about 5-foot-2, sheriff’s officials said.

He was believed to be near Three Sisters and Cedar Creek Falls after going for a walk in the area sometime Monday afternoon, according to the San Diego County Sheriff’s Department.

Search-and-rescue teams were searching trails and roads in the area.

Anyone with information on Hughes is asked to call 911. 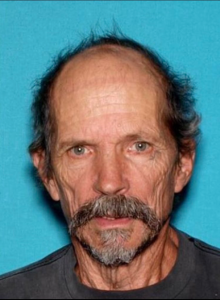 1/2 HELICOPTER ANNOUNCEMENT: 3300 BLOCK BLUE JAY DR.. JULIAN
Watch Commander: Help @SDSheriff find a missing man named Terry Hughes who went on a walk towards Cedar Creek Falls. He is a white male adult, 6'1, but is hunched over so stands around 5'2. He is wearing a hat,…