But Congress is currently in the middle of impeaching former President Donald Trump, despite all the calls for “unity” from Democrats, including President Joe Biden.

Levin said he hasn’t been watching all of the impeachment, but “it was really traumatic” being in his office on January 6, 2021. Adding, “we have so much to do for the American people in the coming months and years, and that’s where my focus has been and will continue to be.”

In June 2020, regarding the George Floyd protests and riots, Congressman Levin tweeted, “if our democracy is to survive, we must guarantee the right to assemble and to be heard. At the same time, when a small minority of people take advantage of the situation to commit violent acts, they need to realize that their actions undermine the message of peaceful protesters, and they’re also putting other people’s lives at risk.”

KUSI asked if that was the same thing that happened at the US Capitol on January 6, 2021. Levin didn’t directly answer the question, but reinforced the importance of preventing an attack like that from happening again.

Levin concluded saying, “peaceful protests are absolutely fundamental to who we are as American, but there is just no place in our American political process for violence against those with whom we disagree.” 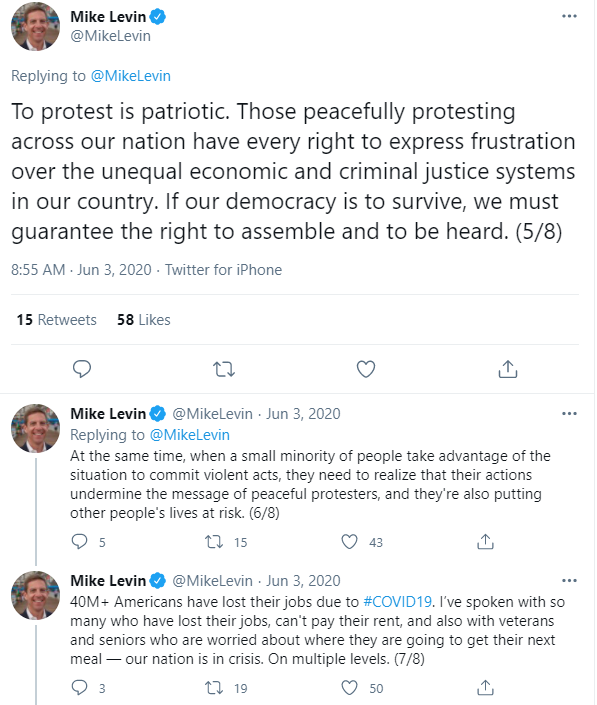