CAIR’s event, “A Conversation with Rep. Rashida Tlaib,” was originally scheduled for Saturday, December 21, at Westview High School in Poway. Tickets were $65 per person, and Democrat candidate for California’s 53rd Congressional District, Tom Wong, was also going to be featured.

The Freedom of Conscience Defense Fund confirmed the event’s cancellation due to a school-related scheduling conflict.

Tuesday, they sent a letter to Poway Unified School District Superintendent Dr. Marian Kim Phelps, expressing concern that Rep. Tlaib’s appearance in Poway may cause controversy after an anti-Semite shot and killed a congregant at the Chabad of Poway synagogue and wounded three others, during a passover service in April. The letter stated, “Rep. Tlaib has a public history of making anti-Semetic remarks and espousing animosity toward the State of Israel.”

In November, Poway City Council approved a petition to rename a street in memory of the shooting’s victim, Lori Gilbert-Kaye. The Synagogoue’s Rabbi was one of the three injured in the attack.

The Freedom of Conscience Defense Fund executive director, Daniel Piedra said, “Congresswoman Tlaib certainly has a First Amendment right to express her views, but nowhere would her views be more offensive than in a city still healing from an anti-Semitic hate crime.”

Since taking office, Rep. Tlaib has repeatedly made anti-Semitic remarks  “espousing animosity toward the State of Israel.” For example, she has compared the boycott movement against Israel to the American boycott of Nazi Germany, has claimed that thinking about the Holocaust gave her “kind of a calming feeling,” and has decried the “racist policies of the government and state of Israel.” 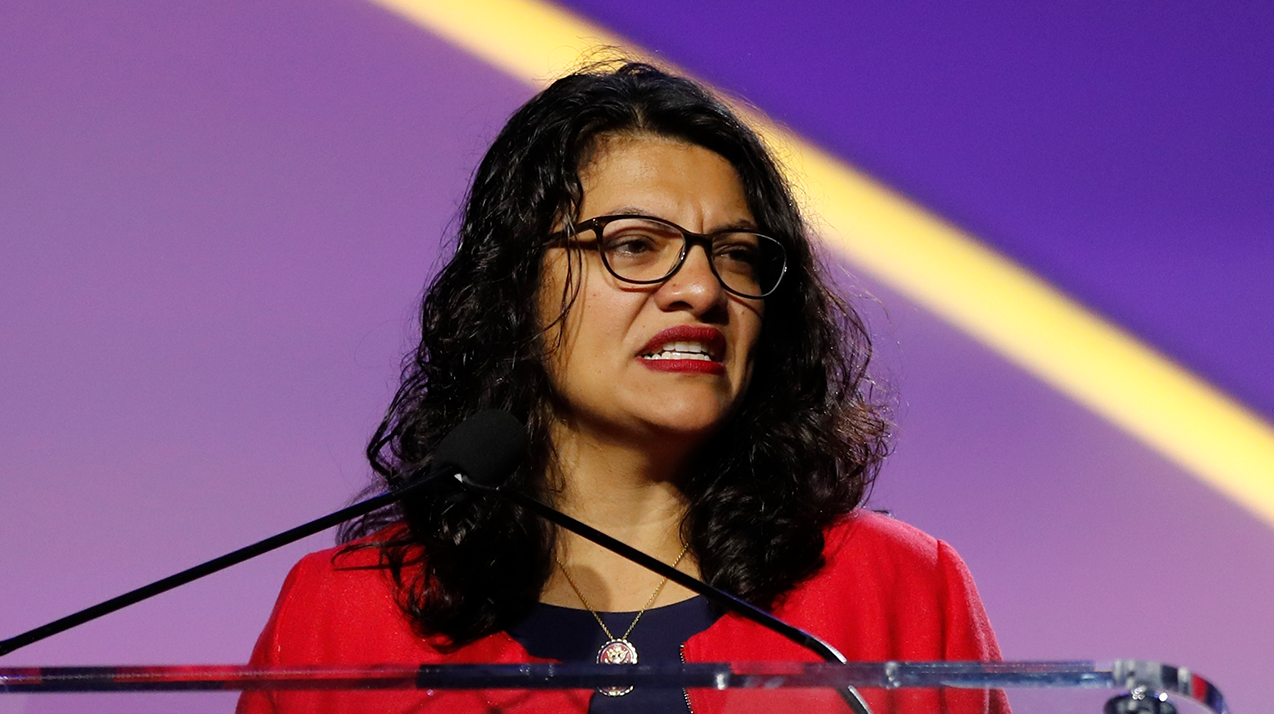 “Poway is still healing from the horrific massacre at the Chabad center. Our letter was a sign of support for the local Jewish community and a notice to Congresswoman Tlaib that anti-Semitism is not welcome in San Diego. Rep. Tlaib’s divisive rhetoric—although protected by the First Amendment—would only have opened fresh wounds,” said the Freedom of Conscience Defense Fund.

The executive order President Trump signed Wednesday makes it clear that Title VI of the Civil Rights Act of 1964 applies to anti-Semitic discrimination based on race, color, or national origin. The President has also directed federal agencies to identify other ways the government can use nondiscrimination authorities to address anti-Semitism.

The order instructs the U.S. Department of Education to use the International Holocaust Remembrance Alliance’s definition of anti-Semitism — which can include criticism of Israel — when evaluating discrimination complaints under Title VI of the Civil Rights Act. On that basis, the education department could withhold funding from universities that it finds in violation of the article.

Critics say the order is designed less to combat anti-Semitism than to have a chilling effect on free speech and to crack down on campus critics of Israel. In a statement, Israeli Prime Minister Benjamin Netanyahu countered that free speech was not limitless. “Free speech is not carte blanche for anti-Semitic attacks on the Jewish people and the state of Israel,” Netanyahu said.

The Freedom of Conscience Defense Fund’s letter to Poway Unified School District Superintendent Dr. Marian Kim Phelps can be read here and below.

Dear Superintendent Phelps:
I write on behalf of the Freedom of Conscience Defense Fund, a nonprofit legal organization that defends the religious freedom and equal protection rights of Americans of all faiths. Through our Project for Constitutional Rights in Education, we work with school boards and educators nationwide to ensure our schoolchildren may learn in an environment free from discrimination, indoctrination, and political hostilities. For these reasons, we wish to express our concern about Poway Unified School District’s potentional cooperation in promoting anti-Semitism and, at a minimum, political divisiveness.

I am referring to the District authorizing the Council on American-Islamic Relations (CAIR) and Representative Rashida Tlaib to hold an event on December 21, 2019, at Westview High School. 1 As you may or may not know, Rep. Tlaib has a public history of making anti-Semitic remarks and espousing animosity toward the State of Israel. For example, Rep. Tlaib compared the boycott movement against Israel to the American boycott of Nazi Germany.2 She claimed that thinking about the Holocaust gave her “kind of a calming feeling.” 3 And she is an outspoken advocate for the anti-Semitic Boycott, Divestment, and Sanctions movement, decrying the “racist policies of the government and state of Israel.”4

CAIR is no less hostile to the Jewish people. Although it bills itself as a Muslim civil liberties organization committed to “social justice,” CAIR is notorious for its opposition to the existence of Israel and its hostility toward Jewish advocacy in the United States. In 2015, the Anti-Defamation League (ADL) published a report about CAIR as part of its “Imagine a World without Hate” campaign.5 ADL notes that “CAIR has a long record of anti-Israel activity” and that its chapters “continue to partner with various anti-Israel groups that seek to isolate and demonize the Jewish State.”

Grievously, the Poway community knows firsthand the horrific effects of anti-Semitism. April 27 of this year will be remembered forever as the tragic day when an anti-Semite stormed Chabad of Poway and viciously gunned down Jewish congregants, killing one woman and injuring three others, including the rabbi.

If you and the District’s leadership stand by in silence and give CAIR and Rep. Tlaib a platform to espouse their views, you are sending the message that anti-Semitism is welcome in Poway. We respectfully and strongly urge you to reconsider allowing CAIR to hold its event at Westview High School. Our office stands ready to assist you and to address any questions or concerns.

Thank you for your prompt attention to this grave issue.

A day after President Trump signed an executive order that targets the growing problem of anti-Semitism on college campuses, the scheduled CAIR event featuring @RepRashida has been cancelled. The Freedom of Conscience Defense Fund wrote a letter to the Poway Unified School District saying, “Rep. Tlaib has a public history of making anti-Semitic remarks and espousing animosity toward the State of Israel.”