Report: At least 138 sent from US to El Salvador were killed 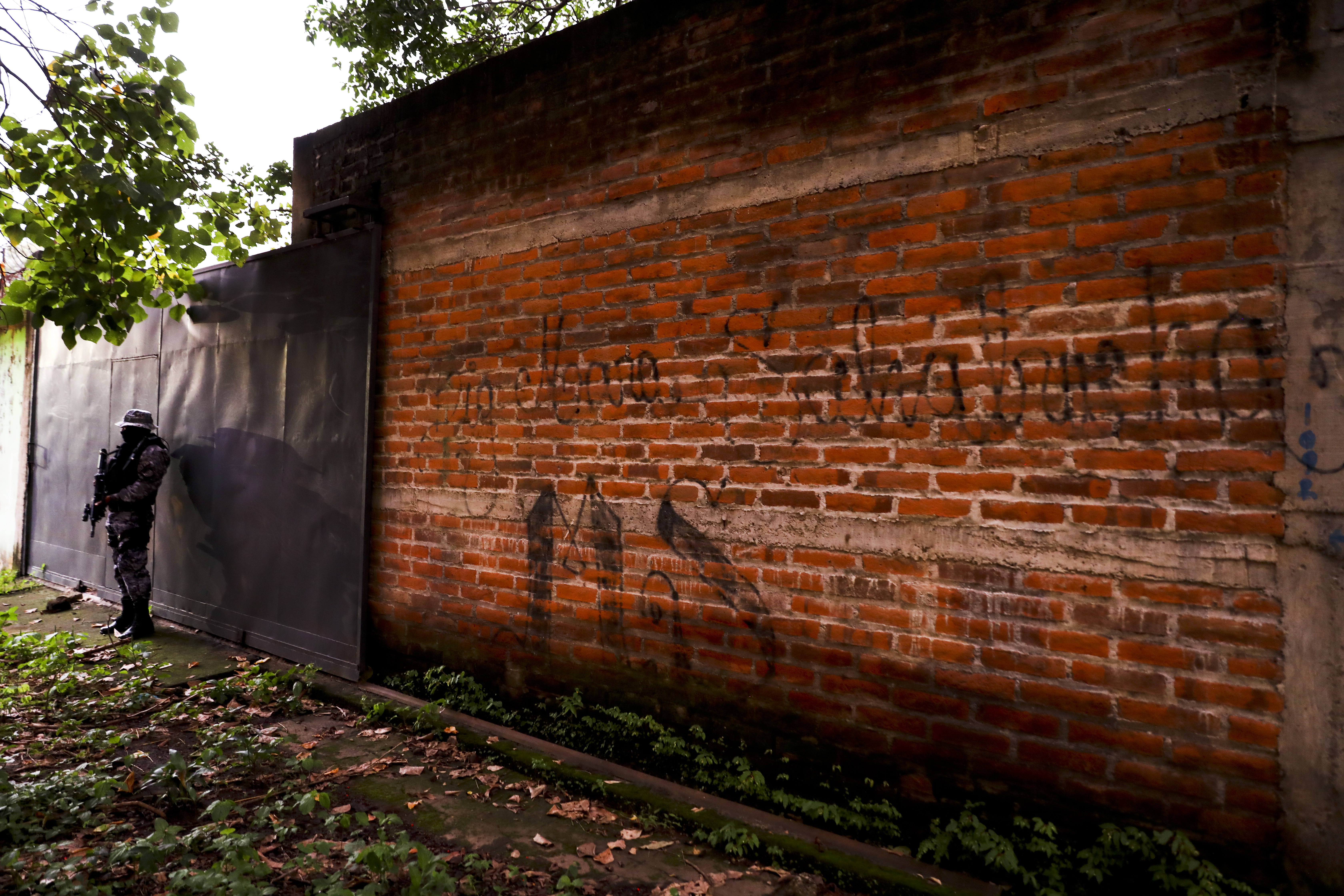 FILE – In this Oct. 10, 2019, file photo police guard next to a graffiti wall with the name of a gang as part of a routine patrol in Lourdes, La Libertad, El Salvador. The Human Rights Watch in the report being released Wednesday, Feb. 5, 2020, said that at least 138 people deported to El Salvador from the U.S. in recent years were subsequently killed. The new report comes as the Trump administration makes it harder for Central Americans to seek refuge here. (AP Photo/Eduardo Verdugo, File)

WASHINGTON (AP) — At least 138 people deported to El Salvador from the U.S. in recent years were subsequently killed, Human Rights Watch says in a new report that comes as the Trump administration makes it harder for Central Americans to seek refuge here.

A majority of the deaths documented by Human Rights Watch in the report being released Wednesday occurred less than a year after the deportees returned to El Salvador, and some within days. The organization also confirmed at least 70 cases of sexual assault or other violence following their arrival in the country.

The violence underscores the risk faced by people forced to return by U.S. law that mandates deportation of non-citizens convicted of a range of crimes and Trump administration policies that discourage asylum seekers, said Alison Leal Parker, the group’s U.S. managing director.

“Our concern is that many of these people are facing a death sentence,” Leal Parker said.

Between 2014-2018 the U.S. deported about 111,000 Salvadorans back to their homeland, which has long been in the grip of fierce gang violence.

The. U.N. reported last year that killings in El Salvador, a majority of them linked to gang conflict, have declined from a peak of more than 6,000 in 2015. But the country still has one of the highest homicide rates in the world.

Meanwhile, the number of Salvadorans seeking asylum in the United States grew by nearly 1,000 percent between 2012 and 2017, many citing threats from gangs. Only about 18 percent are granted asylum.

Human Rights Watch confirmed the 138 deaths during that period through official records, interviews with families and media accounts but believes the actual toll is much higher, in part because some aren’t recorded due to the stigma of having been deported from the U.S. The number of assaults is likely low also because of under-reporting in the country of 6.5 million.

César Ríos, executive director of the Salvadoran Migration Institute, a non-governmental organization, said no one in the country tracks the deaths of deportees but that he found the data credible, saying it reflects the reality that many are moving back to communities in the grip of the gangs.

“We can say that deporting people to these areas is very difficult and dangerous,” Rios said.

President Donald Trump has made immigration enforcement a centerpiece of his administration, and that has included a policy of forcing asylum-seekers from Central America to wait in Mexico while their claims are evaluated or sent back to their homelands if their claim is rejected.

Many of those asylum-seekers could previously have been released on parole in the United States for a decision that could take a year or more. The Department of Homeland Security says it’s trying to make the process more efficient and crack down on fraudulent claims.

But Leal Parker and other critics say this report, and previous efforts that have documented violence against Salvadorans waiting in Mexican border town for their claims to be processed, show the risks of the Trump administration policy.

“We are deeply concerned by the Trump administration’s effort to literally eviscerate the right to seek asylum in the United States,” she said.

Human Rights Watch urged the administration to repeal the policy that requires asylum-seekers to wait in Mexico along with the agreements that allow Guatemalans, Salvadorans and Hondurans to be settled in other countries of Central America while seeking refuge. They also want the attorney general to reverse restrictions that made it harder for them to claim U.S. asylum because of threats posed by gangs or gender-based violence.