NEW YORK (AP) – A man in a rented pickup truck mowed down pedestrians and cyclists along a busy bike path near the World Trade Center memorial on Tuesday, killing at least eight and seriously injuring 11 in what the mayor called "a particularly cowardly act of terror."

The driver was shot in the abdomen by police after jumping out of the truck with what turned out to be a fake gun in each hand and shouting what witnesses said was "Allahu Akbar," Arabic for "God is great," authorities said. The man underwent surgery and was in critical condition but was expected to survive.

Officials who weren’t authorized to discuss the investigation and spoke on the condition of anonymity identified the attacker as 29-year-old Sayfullo Saipov and said he is from Uzbekistan and came to the U.S. legally in 2010. The officials said Saipov has a Florida driver’s license and may have been staying in New Jersey, and a family friend described roots he had in Ohio, where he lived years ago and was a commercial truck driver. 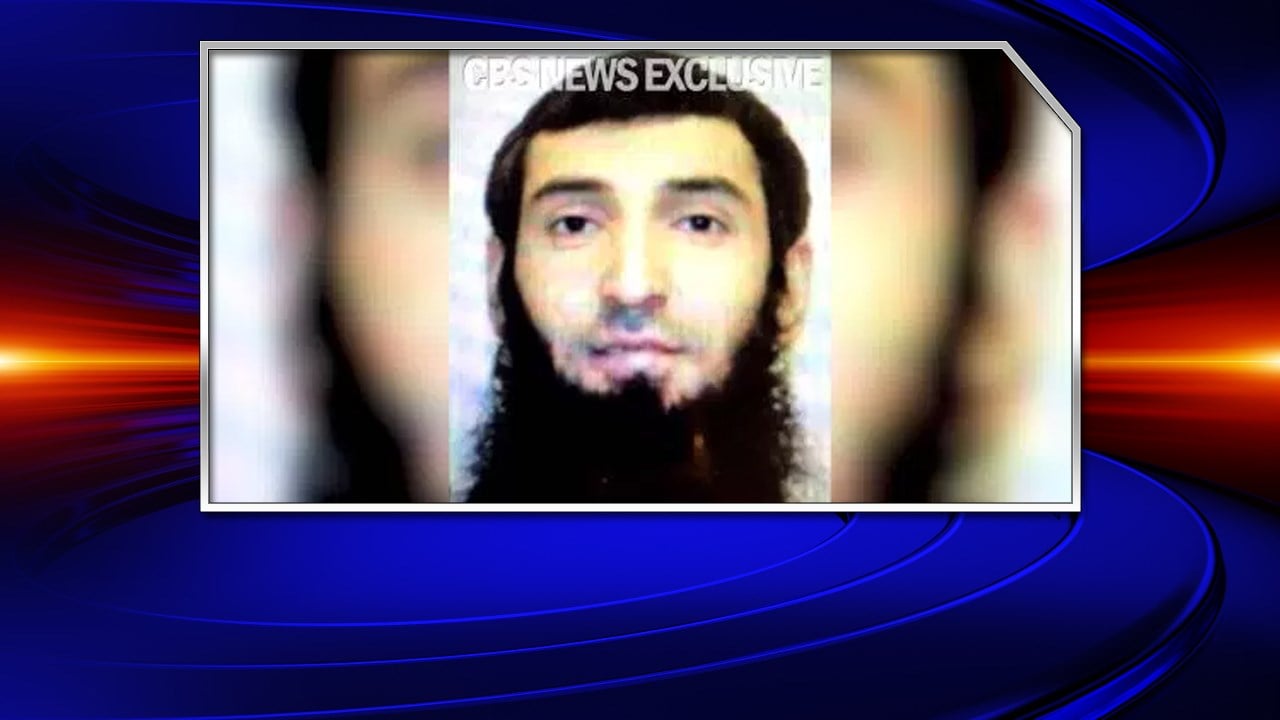 The ride-hailing service Uber confirmed late Tuesday night that Saipov was one if its drivers. The company said he passed a background check and had been actively driving on the platform for more than six months. He has since been banned from the Uber app.

"We are horrified by this senseless act of violence," the company said in a statement. "Our hearts are with the victims and their families. We have reached out to law enforcement to provide our assistance."

The driver in Tuesday’s attack barreled along the bike path in a rented Home Depot truck for the equivalent of about 14 blocks, or around eight-tenths of a mile, before slamming into a small yellow school bus. The mayhem and the burst of police gunfire set off panic in the neighborhood and left the pavement strewn with mangled bicycles and bodies that were soon covered with sheets.

"I saw a lot of blood over there. A lot of people on the ground," said Chen Yi, an Uber driver.

Eugene Duffy, a chef at a waterfront restaurant, said, "So many police came, and they didn’t know what was happening. People were screaming. Females were screaming at the top of their lungs."

New York is an international symbol of freedom and democracy, and we will not be deterred. #NYCstrong pic.twitter.com/2antds3185

Police closed off streets across the western edge of lower Manhattan along the Hudson River, and officers rushed into the neighborhood just as people were preparing for Halloween festivities, including the big annual parade through Greenwich Village.

A police bomb squad scoured the truck but found no explosives.

"This was an act of terror, and a particularly cowardly act of terror aimed at innocent civilians, aimed at people going about their lives who had no idea what was about to hit them," Mayor Bill de Blasio said.

New York and other cities around the globe have been on high alert against attacks by extremists in vehicles. The Islamic State group has been exhorting its followers to mow down people, and England, France and Germany have seen deadly vehicle attacks in the past year or so.

New York Gov. Andrew Cuomo called it a "lone wolf" attack and said there was no evidence to suggest it was part of a wider plot.

The city’s police commissioner, James O’Neill, said a statement the driver made as he got out of the truck and the method of attack led police to conclude it was a terrorist act.

On Twitter, President Donald Trump called it "another attack by a very sick and deranged person" and declared, "NOT IN THE U.S.A.!"

In NYC, looks like another attack by a very sick and deranged person. Law enforcement is following this closely. NOT IN THE U.S.A.!

While police did not specifically blame the Islamic State group for the New York bloodshed, Trump railed against the extremist group, tweeting, "We must not allow ISIS to return, or enter, our country after defeating them in the Middle East and elsewhere. Enough!"

Records show Saipov was a commercial truck driver who formed a pair of businesses in Ohio after moving to the U.S. The first business, Sayf Motors Inc., used the address of a family friend near Cincinnati with whom Saipov had stayed for a couple of weeks after his arrival in the country. The second, Bright Auto LLC, used an address near Cleveland.

The family friend with whom Saipov stayed in Ohio, Dilnoza Abdusamatova, told The Cincinnati Enquirer Saipov was "really calm" and worked hard.

"He always used to work," Abdusamatova said. "He wouldn’t go to parties or anything. He only used to come home and rest and leave and go back to work."

Police said Saipov rented the truck at about 2 p.m. in New Jersey, entering the bike path about an hour later on West Street a few blocks from the new World Trade Center, the site of the deadliest terror attack in U.S. history. The truck then turned at Chambers Street, hitting the school bus and injuring two adults and two children.

A paintball gun and a pellet gun were found at the scene, police said. At least two covered-over bodies could be seen lying on the bike path, and the front end of the truck was smashed in, as was the side of the school bus.

Two law enforcement officials said a note was recovered inside the truck. One official said the note was handwritten in a foreign language, possibly Arabic.

The contents were being investigated, but the officials said the document supported the belief the act was terrorism. The officials were not authorized to speak publicly about an ongoing investigation and spoke to The Associated Press on the condition of anonymity.

Michelle and I are thinking of the victims of today’s attack in NYC and everyone who keeps us safe. New Yorkers are as tough as they come.

Tom Gay, a school photographer, heard people saying there was an accident and went down to West Street, where a woman came around the corner shouting, "He has a gun! He has a gun!"

Gay said he stuck his head around the corner and saw a slender man in a blue track suit running on West Street holding a gun. He said a heavyset man was chasing him.

He said he heard five or six shots, and the man in the tracksuit fell to the ground, gun still raised in the air. He said a man came over and kicked the gun out of his hand.

Argentina’s foreign ministry said five of the dead hailed from that country. Belgian officials said one of the dead was from there.

The city’s Halloween parade went on as scheduled after the attack, but security was increased, with extra officers, heavy-weapons teams and sand trucks parked as protective barriers along the route.

A Home Depot Inc. spokesman said the company, based in Atlanta, was "fully cooperating" with law enforcement in the truck attack investigation.

Copyright 2017 The Associated Press. All rights reserved. This material may not be published, broadcast, rewritten or redistributed.