SAN DIEGO (KUSI) – As the protest for social justice continue across the United States, some are critical of the true intentions of the “Black Lives Matter” movement.

To many, the protests seem to have turned into a extremely radical political movement rather than a movement for social justice police brutality. The group has grown immensely in popularity and strength since the unfortunate death of George Floyd in Minneapolis. The protests have not stopped, but critics of the movements believe many, if not most, of the people supporting “Black Lives Matter” don’t embrace the true political intentions of the movement.

Susan Rosenberg is a convicted terrorist. In 1985, Rosenberg was convicted for possessing hundreds of pounds of explosives. She and her organizations involved in multiple robberies, police officer assassinations, and bombings.

Rosenberg was sentenced to 58 years in prison. She spent 16-years in federal prison before being pardoned by Bill Clinton on his last day in office.

In 1985, retired NYPD Police Commissioner Bernard Kerik personally escorted Rosenberg (photo below) out of the Newark courthouse in 1985. From being personally connected to Rosenberg during her court appearances, Kerik is warning Americans of the dangers of Black Lives Matter and that Susan Rosenberg is one of their “fundraising gurus.”

Kerik is very concerned about the dangers of Rosenberg, and believes under her lead, the “revolutionary marxist” Black Lives Matter group wants to overthrow the country.

Kerik tells KUSI News that, “Rosenberg’s role in the ‘Family,’ as this confederation of white and black domestic terrorists called themselves, was to use her “white privilege” to do such things as acquire weapons, purchase vehicles, and rent apartments for safe houses and storage units for explosives and weapons.”

He continued to explain, “in 1981, she allegedly drove a getaway car in the Brink’s armored car holdup in Rockland County, N.Y., in which two policemen and a guard were murdered. Authorities nabbed her in 1984 when she and Timothy Blunk were caught in New Jersey unloading the following from a U-Haul truck to a storage unit: 640 pounds of stolen explosives, an arsenal of weapons, manuals on terrorism, and false IDs.” 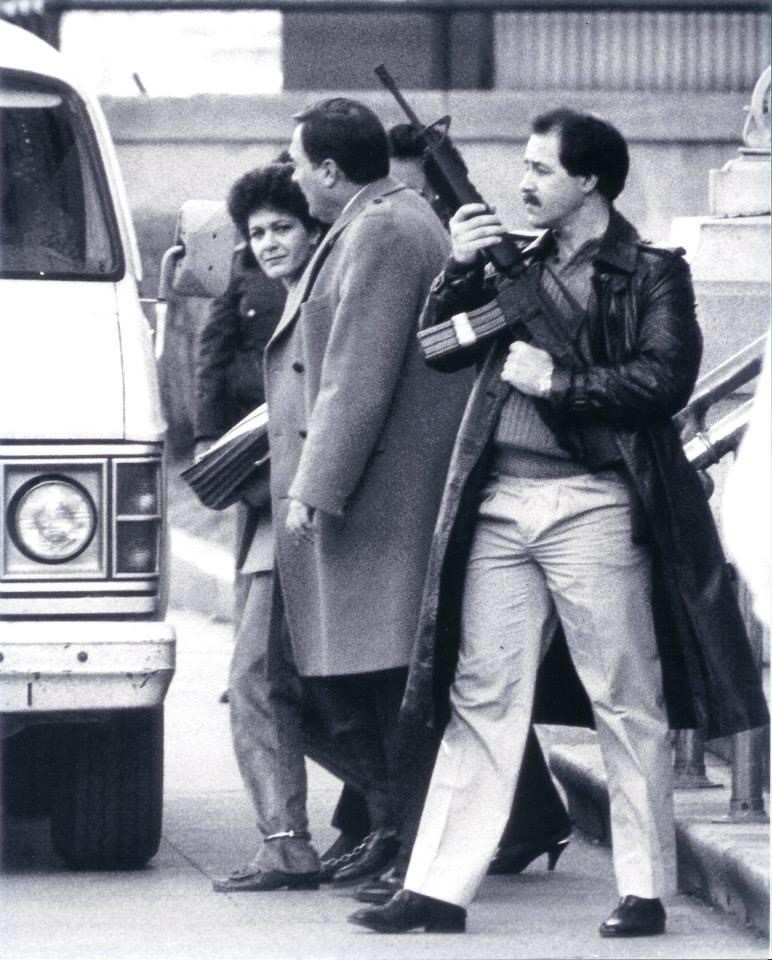 Bernard Kerik escorting convicted terrorist Susan Rosenberg out of the courthouse in 1985.

Mask Mandates around the nation are starting to unravel

Mask Mandates around the nation are starting to unravel