WASHINGTON (AP) — Former Deputy Attorney General Rod Rosenstein told lawmakers Wednesday that he would not have approved an FBI surveillance application for a former Trump campaign aide during the Russia investigation had he known at the time about the problems that have since been revealed.

Rosenstein’s comments amounted to a striking concession that law enforcement officials made mistakes as they scrutinized ties between Russia and Donald Trump’s 2016 presidential campaign. But even as he acknowledged the legitimacy of anger from Trump and his allies, he defended his appointment of special counsel Robert Mueller to lead the probe and affirmed his support for the conclusion that Russia interfered but did not criminally conspire with associates of the Trump campaign.

“I do not consider the investigation to be corrupt, but I understand the president’s frustration given the outcome that there was no evidence” of a conspiracy between the campaign and Russia, Rosenstein said. 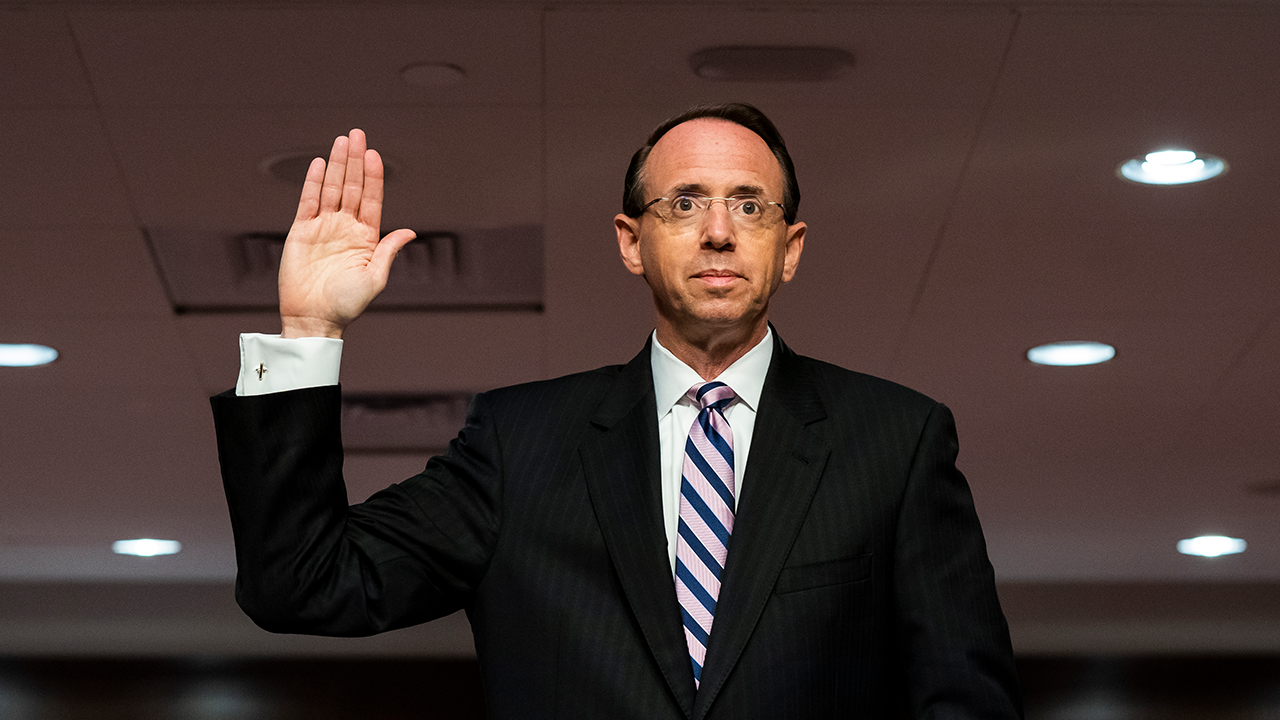 His appearance before the Senate Judiciary Committee was for the first in a series of oversight hearings scrutinizing the FBI’s Russia investigation and the law enforcement officials involved. With subpoena authority expected to be granted this week, the hearing served as the opening salvo of the GOP’s election-year congressional investigation into what they say are damaging findings about the Russia probe from an inspector general review.

The president’s allies have taken fresh aim at the Russia investigation over the last year, pointing to newly declassified information to allege that Trump and his associates were unfairly pursued. They have also claimed vindication from the Justice Department’s decision to dismiss the case against ex-national security adviser Michael Flynn and at times advanced unsupported theories against Obama administration officials.

“We’re going to look backward so we can move forward,” committee chairman Sen. Lindsey Graham, R-S.C., said in explaining the purpose for the hearings. “If you don’t like Trump, fine, but this is not about Trump or not liking Trump. This is about moving forward as a nation.”

Graham also questioned whether Mueller should have been appointed at all. Rosenstein said he believed there was a sufficient basis for the investigation when he appointed Mueller in May 2017, but when Graham asked if he would agree that by that August, there was “no there there,” Rosenstein said yes.

Democrats lamented the hearing’s politically charged and retrospective nature, saying Republicans were attempting to refocus attention away from more urgent problems, including unrest in cities set off by the death of George Floyd and the coronavirus pandemic.

“This hearing wastes this committee’s time in a blatant effort to support the president’s conspiracy theories and to help the president’s reelection,” said Democratic Sen. Mazie Hirono of Hawaii.

The hearing delved into detail in two areas that Trump allies have recently seized on to challenge the conduct of law enforcement.

Rosenstein was pressed repeatedly about his decision to sign off on the fourth and final application for a warrant to eavesdrop on Trump campaign adviser Carter Page on suspicion that he was a Russian agent.

Page has denied wrongdoing and was never charged with a crime, and a Justice Department inspector general report identified significant errors and omissions in each of the applications submitted to the Foreign Intelligence Surveillance Court.

The watchdog said the FBI relied in part for its applications on a dossier of information compiled by a former British spy whose research was funded by Democrats and the Hillary Clinton campaign. The FBI used the dossier even though agents were aware of the possibility that it could have been colored by Russian disinformation and omitted information that called into question allegations they were making in the application.

Asked by Graham if he would have signed the warrant application knowing what he knows now, Rosenstein replied, “No, I would not.”

The inspector general said senior Justice Department officials were given incomplete information by the FBI. Rosenstein confirmed that, saying he was unaware of the problems when he signed off on the final warrant application and that “every application that I approved appeared to be justified based on the facts it alleged.”

Though Rosenstein was a Trump appointee, he has often been regarded with suspicion by many supporters of the president, and Trump himself, for his role in the Russia investigation. Rosenstein’s fate was most dramatically in limbo in September 2018 after it was reported that he had floated the idea of wearing a wire inside the White House to record conversations with Trump. Rosenstein denied that on Wednesday.

Rosenstein assumed oversight of the Russia investigation after then-Attorney General Jeff Sessions withdrew from the inquiry. He appointed Mueller and spent most of the next two years supervising his work.

Mueller’s report last year detailed significant contacts between Russia and the Trump campaign but did not allege a criminal conspiracy. It examined about a dozen episodes for potential obstruction of justice by Trump, but did not reach a conclusion as to whether he broke the law.

Rosenstein was also pressed about his oversight of Flynn’s guilty plea with the Mueller team. Flynn admitted lying to the FBI about his conversations with the Russian ambassador during the presidential transition period regarding U.S. sanctions.

The Justice Department moved to dismiss the case last month, saying Flynn’s contacts with the diplomat were entirely appropriate and that the FBI had insufficient basis to interview him, especially since agents had been prepared earlier in the month to close their investigation into Flynn after finding no evidence that he had broken the law.

Rosenstein said he had no recollection that the FBI had planned to close the investigation into Flynn, but that that fact would have mattered to him.

The Judiciary Committee on Thursday plans to vote on whether to authorize subpoenas for more than 50 current and former officials involved in investigating Russian election interference, including former FBI Director James Comey and former CIA Director John Brennan.

Fast Camp athletes headed to the Junior Olympics in Houston

Used car prices up over 20% from a year ago

Former Secretary of State, Mike Pompeo to attend We Are Israel rally in El Cajon on Sunday