LA MESA (KUSI) – A candlelight water vigil was held Monday at the Salvation Army’s Kroc Center to honor the lives lost since the start of the pandemic. The Center invited people to submit names to be read aloud, as a candle was lit and released into the pool in memory of loved ones who died since March of 2020.

Andrea Sanford, Athletics and Member Services Director for the center, said that starting in the height of the pandemic, staff began picking up their phone and calling regular members who they would usually see weekly.

“At first we wanted to just to say, ‘Hi, we miss you, are you okay?’ Then we started hearing of those informing us of a member who had passed,” Sanford said. “I remember thinking, this is going to be tough. This is going to be hard, but we have to honor those who we didn’t get to tell a proper goodbye.”

Sanford said they began asking people to submit names of those who they wanted to honor in a poolside ceremony that was live streamed on Facebook.

There were over 100 names and sentiments submitted to be honored. For Salvation Army Major Rob Birks, it was a chance to begin the healing from two years of tragedy.

“The last 18 months have been hard for everybody, but the seniors especially,” Birks said. “Many of our senior members have been coming here for a long time. This is their socialization, for many, this is their family.”

Birks said when the pandemic shuttered the Kroc Center’s doors, many became isolated. When they lost loved ones, they weren’t able to process through the pain.

“We’re hoping this is the pause in the pandemic to think about who we have lost, we don’t think it’s going to be a cure all,” Birks said. “This is a time to acknowledge them, honor them and come alongside those who have lost them and share hope and healing.”

Comfort came to those like Louise Guarnotta, whose cousin honored her husband who died in September from COVID-19. He died just five days shy of his 85th birthday.

“We were fully vaccinated with Moderna, we never went into large crowds, no restaurants, very very careful. We did everything right,” Guarnotta described what she felt when she heard her husband’s name called. “Well, it was like, it’s really happened. I’m still dealing with that. Still trying to process that he’s not coming back.”

Processing the grief of losing someone, like so many who have been forced to do since the pandemic began. Guarnotta shared what she will miss most about her husband.

“Oh, his snoring, 54 years of that. To be honest, I just miss him. He was very kind. He was a good man, I did all the yelling in the family,” Guarnotta said.

She is also urging the public to learn from their story, that despite the pandemic moving in the right direction —  it’s still claiming lives.

“We’re never 100% safe and what we have to do is take responsibility for ourselves and social distance and think about others who you might be exposing, especially the elderly,” she said.

The Salvation Army Kroc Center is a 12.4-acre family support, education, recreation, and cultural arts center. They plan to continue COVID-19 tributes throughout the next several months.

KUSI’s Hunter Sowards was live in La Mesa at the vigil with more details on the meaning behind the event. 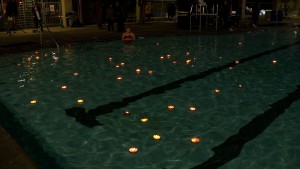 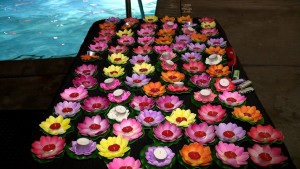