SAN DIEGO (KUSI) – The first big Women’s March of the Biden administration reached the steps of the U.S. Supreme Court.

The march in Washington on Saturday was part of nationwide protests demanding continued access to abortion.

Many thousands of demonstrators filled the streets surrounding the court, shouting “My body, my choice” and cheering loudly to the beat of drums.

Among the many cities where demonstrations took place were New York, Los Angeles, Phoenix and even here in San Diego. 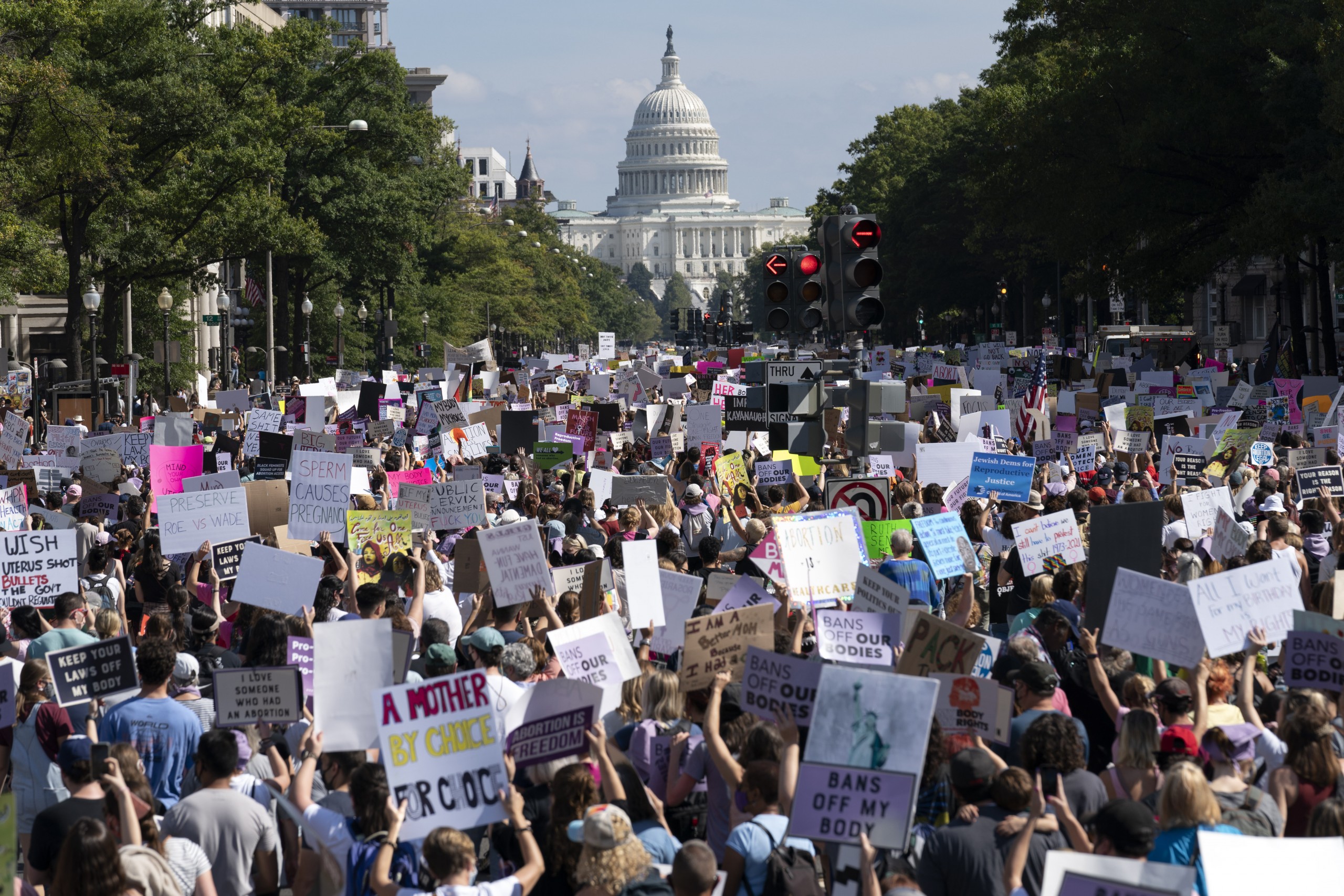 With the U.S Capitol in the back ground thousands of demonstrators march on Pennsylvania Avenue during the Women’s March in Washington, Saturday, Oct. 2, 2021. (AP Photo/Jose Luis Magana)