SAN DIEGO (KUSI) – Next month under Measure L, San Diego City voters will be asked to eliminate the City’s salary setting commission which has set the salaries for the Mayor, Council members, and the City Attorney.

Instead, Measure L would tie their salaries to a percentage of what Superior Court judges make, which is a little more than $181,000 dollars.

But, Measure L goes beyond pay to eliminate perks elected officials use to advance their careers.

It took 21 years for this to get to the voters but there’s no guarantee higher salaries will bring better government.

KUSI’s Steve Bosh has the details. 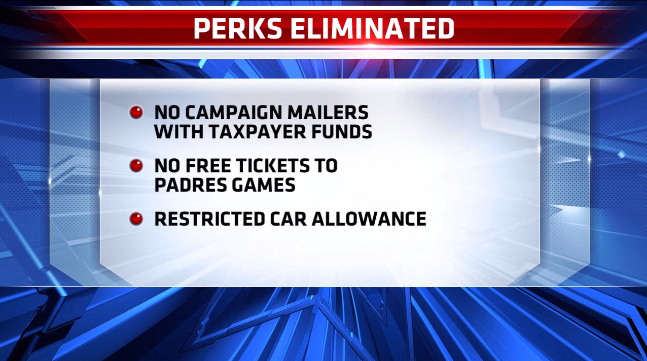