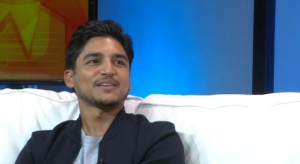 “Jeovanny was discovered while working as a production assistant in the pre-production office of the Netflix film Triple Frontier. He was assembling an office chair for the director (JC Chandor), when he was asked by the casting agent to audition for a role in the movie,” according to his biography.

Since getting his break, Louis has also appeared in a couple of episodes on Magnum PI and is looking forward to pursuing a career in acting, writing and directing.