The highly controversial bill was designed by Assemblywoman Lorena Gonzalez-Fletcher, claims her bill will help independent contractors, but she is taking a lot of criticism from those impacted by her bill that say just the opposite.

Californiaglobe.com reported that Gonzalez-Fletcher, “will serve to significantly limit Californians’ ability to work as independent contractors and freelancers. It was revealed during Senate debate in September that the AFl-CIO wrote AB 5.”

In the first segment of a continuing series, we are looking at how AB 5 will impact Californians who work as independent contractors and/or freelancers.

Cartoonist Lisa Rothstein reached out to KUSI with an interesting story regarding AB 5’s impact on her job. Although she’s not technically affected by the bill since she is incorporated, she believes the stigma for companies against hiring California based outside contractors will definitely cost her business because so many companies are unclear about the law and will simply choose to avoid any issues and hire outside contractors from other states.

Rothstein believes AB 5 has made California based creative freelancers the “lepers of professional America.” She joined us in studio to tell us more about how the bill will impact her. 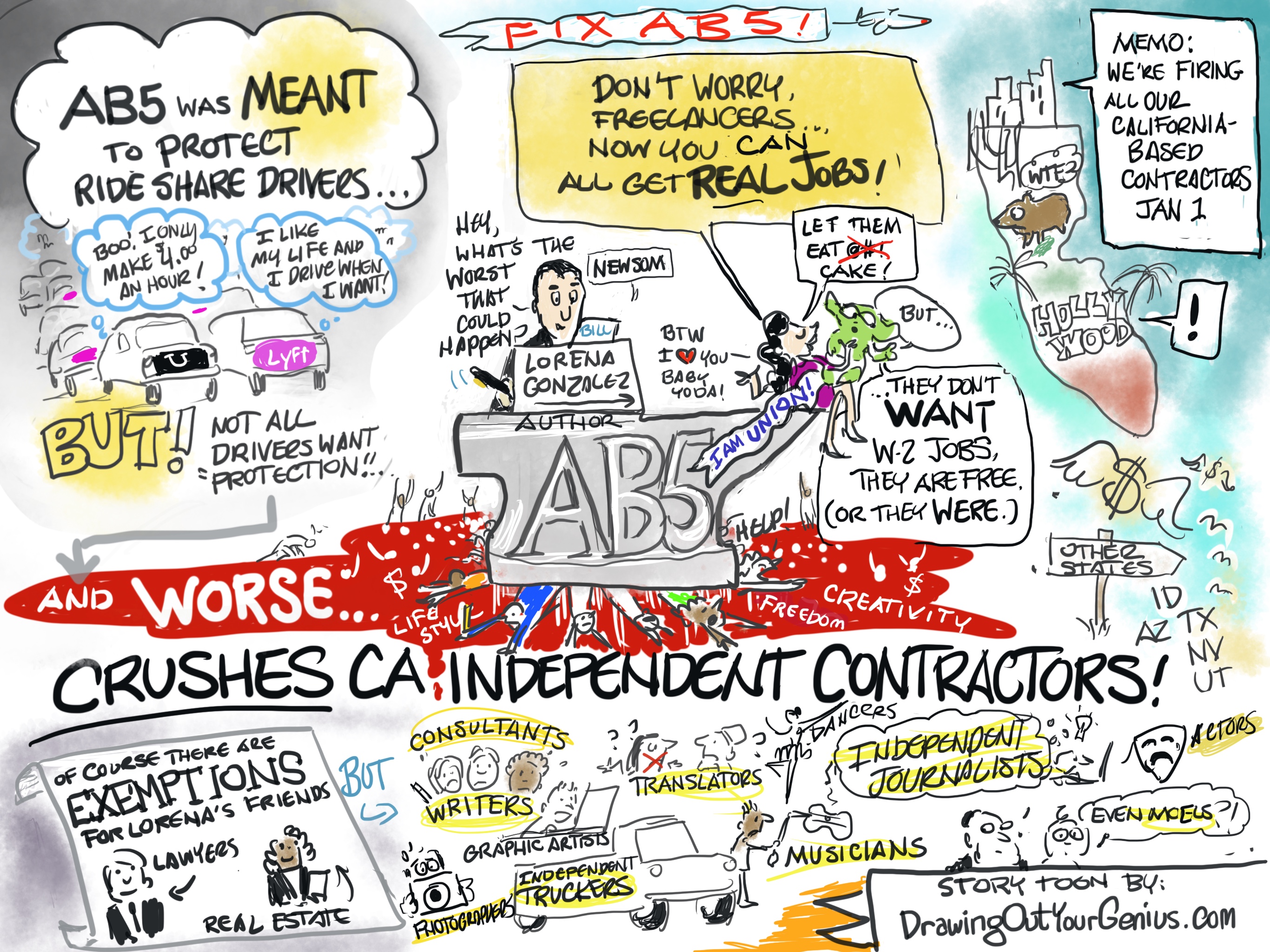 Here's the infographic I made that was featured on @KUSINews during my segment tonight talking about the sloppy, entrepreneur-killing overreach that is AB5. #FixAB5 and if you can't, #RepealAB5 Did I capture you @LorenaSGonzalez @GavinNewsom ? pic.twitter.com/t4VDU7I110

All Sports Report, Year in Sports 2019