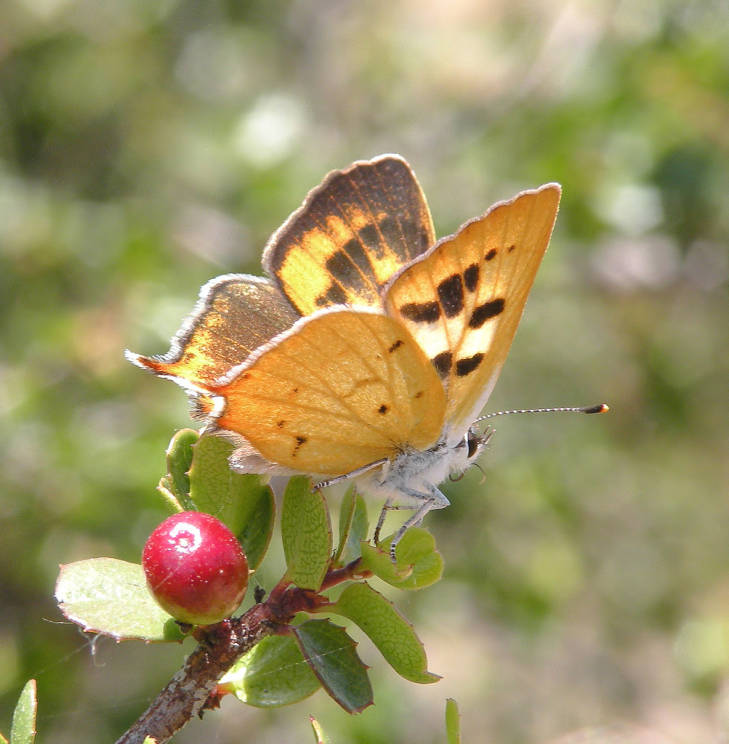 SAN DIEGO (KUSI) – The U.S. Fish and Wildlife Service announced Tuesday it is proposing to list a butterfly native to San Diego County as a threatened species under the Endangered Species Act.

The Hermes copper butterfly’s habitat is limited to San Diego County and northwestern Baja California. According to Fish and Wildlife, which is also proposing to designate 35,000 acres of protected critical habitat in San Diego County, the increased frequency and magnitude of wildfires, as well as habitat loss and fragmentation from land conversion, is contributing to the butterfly’s declining numbers.

“The service has been working with the San Diego Association of Governments, the U.S. Marine Corps and others to conserve this species in conjunction with regional Habitat Conservation Planning efforts,” said Paul Souza, regional director of the Fish and Wildlife Service’s Pacific Southwest Region. “The proposal recognizes benefits to the species associated with management of preserve areas established through our regional Habitat Conservation Planning efforts.”

Hermes copper butterflies, first identified in 1927, are brown with orange on the upper wings, and have yellow undersides with black dots. They lays eggs exclusively on a dwindling number of spiny redberry bushes, found in coastal sage scrub and chaparral habitats.

Tara Cornellise, a scientist at the Center for Biological Diversity who specializes in arthropods, said the Fish and Wildlife Service’s announcement follows 28 years of petitions and three lawsuits by the center, including one filed last May.

The Fish and Wildlife Service first identified the butterfly as a potential candidate for Endangered Species Act protection in 1984.

“Californians love their native butterflies, and it’s important to protect San Diego County’s remaining islands of habitat for this rare butterfly,” Cornelisse said. “The decline of the Hermes copper has mirrored the destruction of Southern California’s native ecosystems. Urban sprawl, rampant wildfires and climate change are a triple threat to this beautiful butterfly, which desperately needs Endangered Species Act protection.”

The Hermes copper occupied many San Diego coastal areas prior to urbanization, and still persists in some foothill and mountain areas up to 45 miles from the ocean, according to the center.

“The butterfly had declined from at least 57 historical populations to only 17 by 2011,” according to a center statement. “Devastating wildfires have increasingly burned through key Hermes copper habitat, putting an end to the tenuous existence of many remaining butterfly populations.”

The proposal to add the Hermes butterfly to the Endangered Species list includes a special rule granting permission for certain activities necessary for public safety and to benefit the butterfly, such as fuel breaks and firefighting activities, survey and monitoring work for scientific inquiry and captive-rearing of Hermes copper butterflies for the purpose of reintroduction in coordination with Fish and Wildlife.

Both proposals are required to be finalized in one year following a 60- day public comment period that begins Wednesday and runs through March 9. Information on how to submit comments is available at regulations.gov by searching FWS-R8-ES-2017-0053.