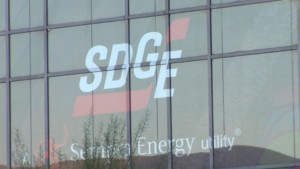 SAN DIEGO (KUSI) – The City Council Tuesday approved a 10-year agreement with San Diego Gas & Electric to provide energy services to San Diego residents and businesses, with the option of extending it another 10 years following that first decade.

After hearing from more than 120 members of the public who called in their comments, the council ultimately voted 6-3 to pass the agreement, which will go into effect in late June or July.

Councilmembers on both sides of the vote commended Mayor Todd Gloria for negotiating a better deal with the energy utility — a subsidiary of San Diego-based Sempra Energy.

The deal, worth $80 million for the franchise agreements themselves and an additional $20 million to advance the city’s climate equity goals and $10 million in solar-energy rebates in historically underserved neighborhoods, also features multiple opt-out clauses for the city.

“These agreements give our residents what they deserve: certainty, accountability, choices for clean energy and pathways to achieve climate equity for all our neighborhoods,” Gloria said in a statement released after the vote. “This would not have been possible without the input from thousands of San Diegans and the councilmembers whose leadership has helped secure our energy future.”

During the initial 10-year agreement, the city may at any time end franchises to SDG&E if there is a breach of contract or should the city elect to municipalize, or purchase and put the city’s utilities under public control. According to a consultant report by NewGen Strategies and Solutions conducted last year, SDG&E’s property is valued somewhere around $2.5 billion, making the option to buy the company out an expensive one.

After 10 years — if the utility has operated in good faith — the council may vote on whether to extend the agreements another decade, needing a six-person supermajority. Opting out at that point, however, could potentially cost the city millions of SDG&E’s minimum bid.

Councilwoman Vivian Moreno, who voted no, said she could not support the agreement as written.

“It is not in the best interests of the city of San Diego to sign a long-term franchise agreement at this time as we continue to consider the best way forward for the city to provide power to San Diegans,” she said. “It contains provisions that either disincentivize or restrict the ability of the City Council to cancel the franchise agreement after 10 years, including a requirement to give up a significant portion of the minimum bid.”

SDG&E has held exclusive franchises with the city to provide gas and electric service since 1920. The agreements allow the franchisee to use the public right-of-way to install and maintain the pipes, poles, wires and other infrastructure necessary to provide energy to San Diego’s residents and businesses.

The current franchise agreements, signed in 1970, were set to expire on Jan. 17 of this year. Under a process created by the previous administration, SDG&E was the lone bidder for new franchises.

Gloria and City Attorney Mara Elliot determined SDG&E’s bid, which met the minimum bid of $70 million for electricity service and $10 million for gas, was unresponsive to the minimum requirements. He canceled the Invitations to Bid process and reached an agreement with SDG&E to extend the current agreements through June 1.

In January, Gloria initiated a public-outreach effort to educate city residents about the franchise agreements and solicit opinions about San Diego’s energy future. The process included holding 13 virtual community forums, which hundreds of people attended, and an online survey that drew nearly 1,400 responses.

In March, the mayor released new ITBs. SDG&E was, again, the lone bidder.

In past meetings, public comment has skewed toward municipalization or finding a better deal. On Tuesday, calls were split more or less evenly, with many union members and business leaders urging the council to lock down the agreements and move forward. The opposition to the agreements largely focused around wanting municipalization and worries about SDG&E operating in bad faith.

More than one caller pointed out that San Diego and SDG&E are facing off in court over the Pure Water project, and that SDG&E stalled undergrounding of utility lines while awaiting new franchise agreements.

The city sued the utility for $35.6 million in January 2020 over Pure Water, claiming SDG&E should have paid to move its own equipment — work the city had to accomplish while preparing for the recycled water project. That case is still pending in Superior Court.

Highlights of the deal include:

— providing nearly $3 billion in revenue over 20 years, including an $80 million bid payment from utility shareholders, certainty in franchise fee and undergrounding revenue — estimated at roughly $130 million annually — providing the city with certainty in funding for essential resident services, $20 million to advance the city’s climate equity goals and $10 million in solar- energy rebates in historically underserved neighborhoods;

— accountability and financial transparency measures including biannual audits by an independent auditor, a performance bond, options for liquidated damages and increased insurance requirements; and

— creation of a citizen-focused Franchise Compliance Review Committee, which will ensure public engagement on energy matters.