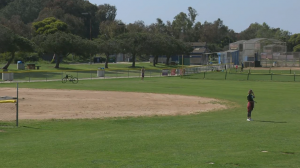 The new plan, which replaces a previous planning document crafted more than 65 years ago, is intended to make the city’s park system more modernized, equitable and accessible for all residents.

“I’m committed to ensuring that all San Diegans have access to high- quality parks,” Mayor Todd Gloria said. “The Parks Master Plan update will help prioritize park investments where they’re needed most — in park-deficient and historically underserved communities — and ensure that these parks can be safely accessed and enjoyed by all.”

As part of the plan adoption, the Chollas Creek Watershed was also officially designated as a regional park.

“This update to our Parks Master Plan is long overdue — it has not been updated since 1956,” Councilman Raul Campillo said. “This new plan will focus heavily on equity and prioritize park-deficient communities while conserving historic open space and providing increased programming.”

The master plan calls for additional parks of differing types, sizes and features, while emphasizing locations where park space is needed most and will serve the greatest amount of people. The plan is also intended to incorporate biking, walking or rolling and transit options to easily visit local parks.

The plan includes a specific goal of obtaining 100 new acres designated for park space within 10 years of the plan’s adoption, and identifies strategies needed to ensure the plan is successfully executed. Those strategies include the creation of a citywide trails master plan, development of a comprehensive park condition index, and an equitable engagement framework to give community members and stakeholders the opportunity to be more involved in the planning process.

“As our city continues to grow and expand, we are proud to have a plan that will give everyone, regardless of their background, identity, ability and location, access to high-quality parks,” said city Planning Director Mike Hansen. “The last Parks Master Plan was created when San Diego’s population was less than half of what it is today, and so this was long overdue.”

“Parks serve as powerful conveners and social gathering places that strengthen connections between people and communities,” said Katherine Johnston, executive director of the San Diego Parks Foundation. “However, years of underinvestment and neglect have created stark differences in the quantity and quality of local parks and recreation centers.”

When the previous plan was created in 1956, the city owned 5,700 acres of parkland and 13 recreation centers across 38 communities. Tuesday, the city owns and maintains more than 42,000 acres of park assets across 54 communities, which includes 58 recreation centers, 13 aquatic complexes, three municipal golf courses, four visitor and nature centers, 10 skate parks and 17 off-leash dog areas.