SAN DIEGO (KUSI) – The San Diego City Council has approved a ban on polystyrene foam on a 5-3 vote. The ban prohibits the use and sale of egg cartons, food service containers, coolers, ice chests, pool or beach toys, mooring buoys and navigation markers made partially or completely of polystyrene foam, commonly known as Styrofoam, within city limits.

The San Diego City Council will discuss a proposed ban on the use and distribution of polystyrene foam in the city at its 2 p.m. meeting Monday.

Proponent of the ban, City Councilmember Chris Ward, and opponent Chris Duggan, director of local government affairs with the California Restaurant Association, visited the studio to discuss both sides of the proposed ban. 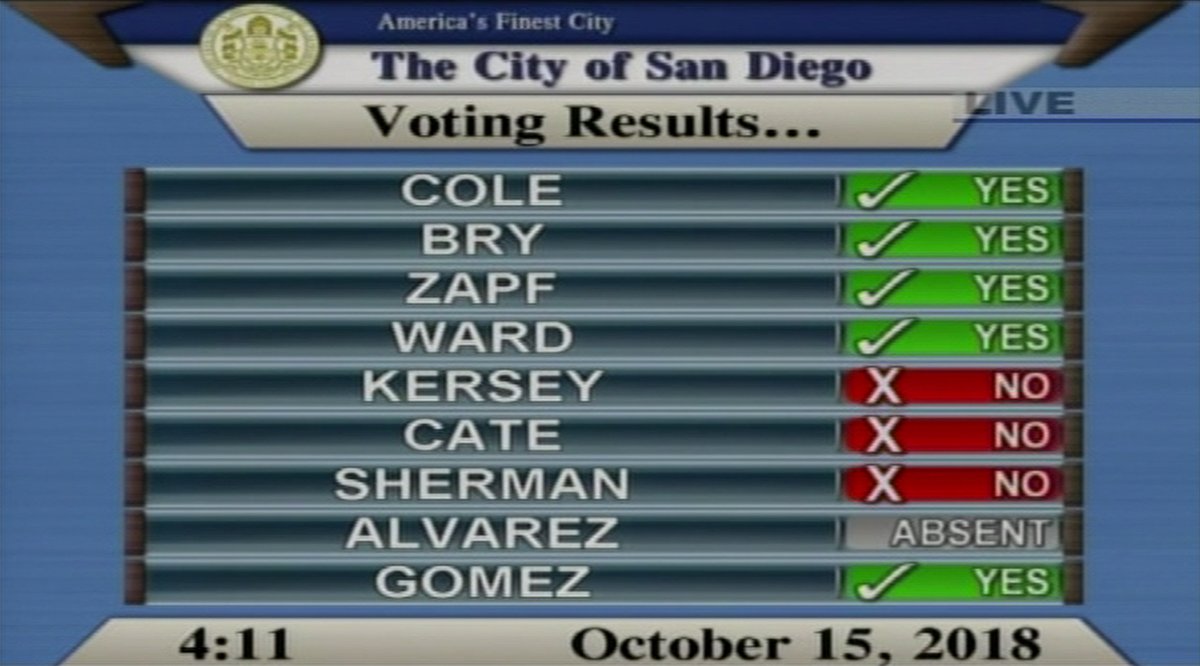 The City Council’s Rules Committee approved the proposal by a 3-2 vote in July, sending it to the full council. The full ban, penned by City Councilman Chris Ward, would prohibit the use and sale of egg cartons, food service containers, coolers, ice chests, pool or beach toys, mooring buoys and navigation markers made partially or completely of polystyrene foam, commonly called Styrofoam. The city’s Environmental Services Department would also have to provide a list of safe, affordable alternatives to polystyrene products should the ban go into effect.

Polystyrene products don’t degrade the way more natural products do, taking hundreds of years to break down. Because of this long life span, marine and terrestrial fauna can and do mistake polystyrene for food.

“Our growing reliance on disposable plastic to fuel our `culture of convenience’ is not without cost. Globally, an average of eight million tons of plastic ends up in the ocean,” said Roger Kube, a policy adviser with the 5 Gyres Institute, when Ward introduced the proposal in May. “Once there, sunlight and currents shred plastic debris into smaller particles called microplastics, which absorb and concentrate toxic chemicals up the marine food chain and into our bodies. From plankton to fish, and to humans that eat seafood, plastic pollution is changing the very chemistry of life.”

Opponents of the ban claim it will have a disproportionately negative effect on local restaurants who may not be able to afford more expensive alternatives to polystyrene containers the way larger chain restaurants can. A study by the California Restaurant Association, San Diego Chapter, found that the ban could force small food service businesses to spend up to 145 percent more for polystyrene alternatives like compostable paper.

“We’re opposed to the ban because polystyrene is a recyclable product,” said Chris Duggan, the San Diego chapter’s director of local government affairs. Duggan compared polystyrene’s potential for reuse to that of an empty pizza box or a used paper plate and noted that polystyrene can be and is recycled into things like crown molding.

Restaurant owners in City Council District 4, represented by Myrtle Cole, pushed back on the proposal Friday when they delivered more than 50 letters opposing the ban to Cole’s district office. Restaurant owners in District 4 claim that Cole has not met with them despite multiple requests to voice their concerns.

At 1 p.m. Monday, one hour before the City Council is scheduled to meet, City Council members Ward and Barbara Bry will hold a news conference urging the council to support the ban. Representatives from supporting organizations like the Surfrider Foundation, the 5 Gyres Institute, Business for Good and North Park Main Street will join Ward and Bry, who both voted the proposal out of committee.

“The impacts of Styrofoam and single-use plastics are permanent and threaten the health of San Diegans, wildlife, and industries critical to our region,” Ward’s office said. “Passing this ordinance puts us in line with other California cities on the issue to secure a safe, sustainable future for our marine environment, our children and their families.”

The list of public commenters is expected to be lengthy. The California Restaurant Association alone is expected to bring between 50 and 100 members according to Duggan, many of whom plan to speak at the meeting. Should the council approve the proposal with less than a 6-3 majority immune to Mayor Kevin Faulconer’s veto power, Duggan said the association and the businesses it represents would continue fighting the ban.

“We would exhaust all options,” he said.

The Marine Room in La Jolla has officially reopened