SAN DIEGO (KUSI) – San Diego County Crime Stoppers along with investigators from the San Diego Police Department’s Western Division are asking for the public’s help in identifying and locating a suspect wanted for an attempt kidnapping in San Diego.

On Sunday, March 17, 2019 at 4:29 p.m. the victim’s mother was taking her 3-year-old daughter for a walk in her wagon on the south sidewalk of 5100 Savannah Street. A Hispanic male parked his vehicle in the street facing east. The suspect exited his vehicle and left it running. Upon exiting, the suspect approached the victim from behind and attempted to grab and take the daughter out of the wagon. 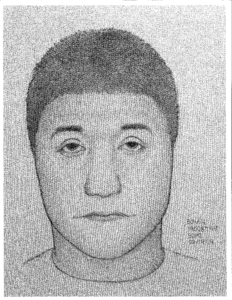 • Media inquiries about this case can be directed to SDPD Western Lt. Daniel Meyer at (619) 692-4860 or email at meyerd@pd.sandiego.gov.