SAN DIEGO (KUSI) – The San Diego County Board of Supervisors has voted 3-2 in favor of a program that will provide taxpayer funded legal representation for immigrants facing removal proceedings.

Supervisors voted after a lengthy public hearing, with many calling in to support Supervisor Terra Lawson-Remer’s proposal, while opponents question why taxpayer dollars should be used in this way.

Lawson-Remer is championing the vote, claiming “Due Process for All,” is an obligation for San Diego County.

San Diego is the nation’s first southern border county with a program to provide such legal aid for immigrants facing removal, according to Lawson- Remer’s office.

The program will start as a $5 million one-year pilot project, and eventually grow to be a permanent program as part of the San Diego County Office of the Public Defender and work in partnership with regional immigrant defense agencies and nonprofit organizations.

County staff will report back to the board in 90 days with a plan to permanently fund and operate the program.

Lawson-Remer said the program will help address the current backlog in immigration courts.

Democrat Congressman Juan Vargas issued a statement in support saying, “by providing legal representation to individuals in immigration proceedings who cannot afford an attorney, we protect the widely shared American values of due process and fairness.”

Supervisor Desmond said he really “wished we had unlimited funds,” but this “is a federal government issue, and not a local county financial responsibility.”

Supervisor Lawson-Remer posted a series of quotes from various supporters to her official Twitter page, @SupLawsonRemer.

San Diego, we did it! Today in a historic vote, the Board of Supervisors approved our proposal to provide access to legal representation to all immigrants detained in San Diego County and facing deportation.

Huge thanks to the fierce community advocates who made this possible! pic.twitter.com/tyAuVCQ842

The official vote from the San Diego County Board of Supervisors is below: 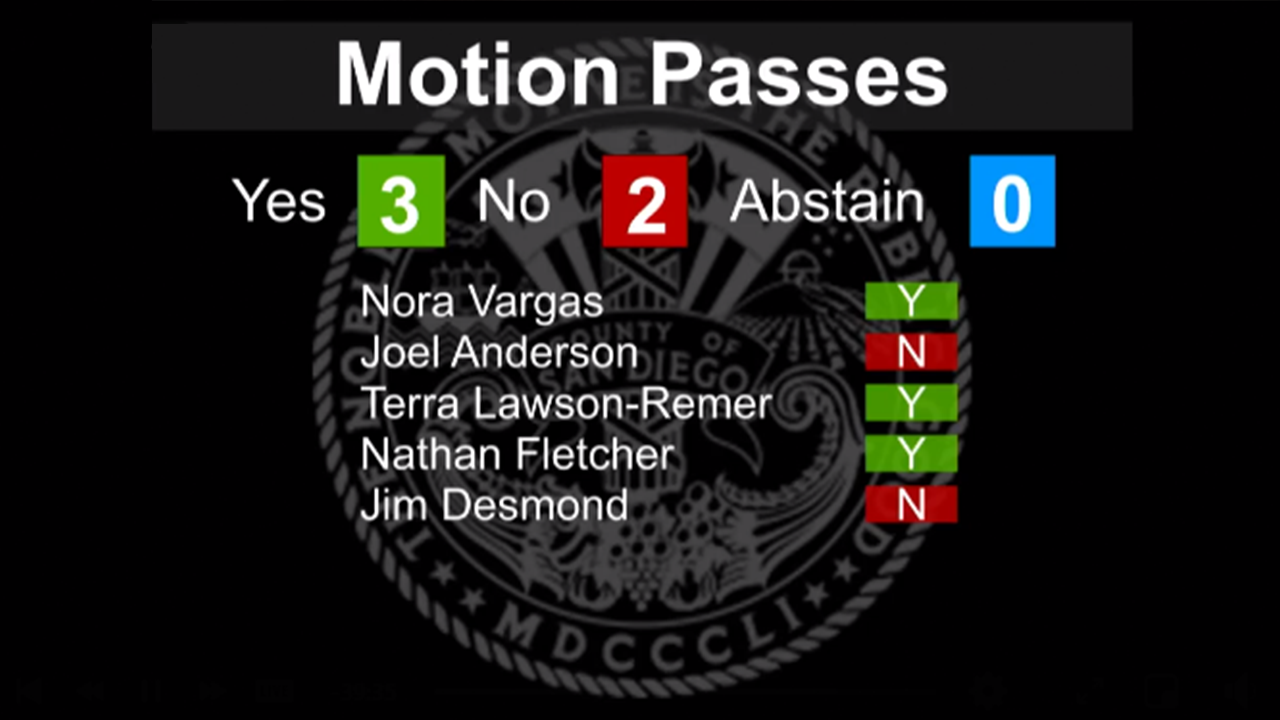