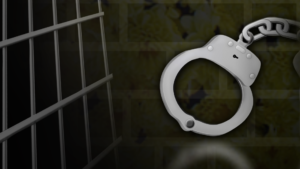 According to the U.S. Attorney’s Office, Global Gold Exchange LLC, and managers Richard M. Owen, 52; James Warren, 50; and Jeffrey Morrow, 46, laundered money from a number of illicit sources and fraudulently documented the activity as gold transactions.

The men pleaded guilty to charges that include money laundering, mail fraud, and operating an unlicensed money transmitting business.

Owen received a two-year sentence for money laundering and being a felon in possession of a firearm, while Warren and Morrow received six- and eight-month sentences, respectively, according to the U.S. Attorney’s Office, which said the defendants also agreed to forfeit around $2 million in assets and pay more than $3.6 million in restitution.

The charges came as a result of a multi-year investigation that involved “millions of dollars in suspicious transactions” through the Global Gold Exchange’s office and bank accounts.

Their money laundering activities included transactions with a “local cartel out of Mexico,” directing clients to lie to law enforcement and tax officials, as well as advising clients to mail Global Gold Exchange packages filled with heavy substances to mimic the weight of gold.

According to their plea agreements, the defendants admitted the company was operating “as an informal money transfer system engaged in facilitating the transfer of  money domestically and internationally outside of the conventional financial institutions system, and did so without regard for the source, destination, purpose, or legality of the funds transmitted.”