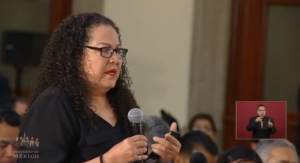 SAN DIEGO (KUSI) – Journalism organizations in San Diego Tuesday decried the killings of three Mexican journalists over the past month, and called for additional protections for reporters working south of the border.

The slayings, one in the eastern Mexican city of Veracruz and two in Tijuana, have not been solved.

Jose Luis Gamboa Arenas was stabbed to death in Veracruz on Jan. 10, according to news reports.

Over the next two weeks, two Tijuana journalists were killed in that city, with photojournalist Margarito Martínez Esquivel shot outside his home on Jan. 17, and veteran journalist Lourdes Maldonado López shot dead in her car in front of her home on Jan. 23.

RELATED STORY: Photojournalist killed in Tijuana; concern for the safety of journalists grows

The two latest killings prompted the Baja California Attorney General’s Office to announce that a special prosecutor will be appointed to investigate the slayings, the San Diego Union-Tribune reported.

The National Association of Hispanic Journalists San Diego-Tijuana chapter said it “strongly condemns” the killings and demanded “full and thorough investigations into the killings of our colleagues and proper consequences for those responsible.”

NAHJ SD-TJ President Andrea Lopez-Villafaña said, “We are heartbroken by the recent violence our colleagues in Tijuana are dealing with and demand justice. Our chapter is here to offer support to any journalists in Tijuana and San Diego affected by recent events.”

The NAHJ statement also indicates that both Martínez Esquivel and Maldonado López “expressed concern for their safety” prior to their deaths and the organization asked that officials in both the United States and Mexico provide journalists with protection while they are working in the field.

The San Diego Society of Professional Journalists echoed the call for journalist protections in a statement of its own, saying “It’s deeply unfair that reporters who live only a few miles south of the U.S. border can’t do their vitally important work without putting their lives at risk.”

The SPJ statement cites figures from the Committee to Protect Journalists, which indicate that at least 56 Mexican reporters have been killed and 14 have gone missing since 1992. Eight U.S. journalists have been murdered over that same time period.

A GoFundMe page to support Martínez Esquivel’s family has already exceeded its $20,000 goal.

On the page, which can be viewed at here, Martínez Esquivel’s widow thanked donors and said the money would be used for food and to support their daughter’s education, “as we were completely dependent on him.”

The statement also noted that Maldonado López attended a vigil demanding justice for Martínez Esquivel’s death, which was held two days before she too was fatally shot.