SAN DIEGO (KUSI) — There’s another challenge to President Trump’s border wall that could soon be decided in a San Diego courtroom by a judge the president once criticized as biased against him.

The fraud case two years ago against Trump University, which has since closed, happened during the presidential campaign. 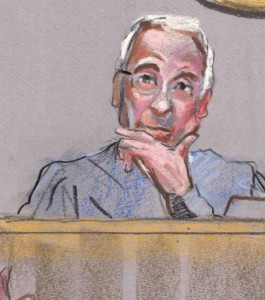 That same federal judge — Gonzalo Curiel — is now presiding over lawsuits that could block construction of Trump’s border wall, or at least delay it.

The case was brought by the state of California and two environmental groups saying construction of the wall violates the National Environmental Protection Act and state law.

Over the years, Congress has passed several laws waiving local, state and federal environmental laws that impede building walls and roads along the U.S. border. An opponent of the wall was Brian Segee, representing the Center for Biological Diversity.

“Aside from the constitutional issues is whether the Department of Homeland Security, as the government argues, has the perpetual authority to use the waiver to do away with laws for any border infrastructure projects now, and years from now, in perpetuity,” Segee said.

Segee claims the waiver has a lifespan that has run out. Can the administration proceed under the waiver?

“The answer is some of it does expire in 2008. Some of the projects were supposed to have a deadline in December 2008,” said former city attorney Judge Jan Goldsmith.

Another question is the ambiguity of the waiver law, which the state of California contends.

“The requirement to consult with state and local authorities doesn’t say before or after issuing the waiver,” Goldsmith said.

Bottom line, the waiver law is open to interpretation.

While both sides have valid arguments, the supreme court has said there’s a long-standing rule of interpretation.

“That says when there’s an ambiguous federal law, the executive branch of the federal government has first dibs at interpretation and the courts have to respect that interpretation as long as it’s reasonably within the intent of Congress,” Goldsmith said.

“It wasn’t written that it was exclusive to those projects. The Trump Administration is arguing that the waivers are still alive and that’s one of the issues in front of Judge Curiel,” Goldsmith said.

In addition to the waivers, Congress also passed the “Secure Fence Act” that added miles of barriers that could include the prototypes of a wall the president consistently called for during the campaign.

Judge Curiel has to balance the waiver laws with the intent of Congress when it originally approved them.