TWIN FALLS, Idaho (AP) — A California man died Monday while BASE jumping off a bridge in southern Idaho.

The Twin Falls County Sheriff’s Office says 38-year-old Brandon John Chance and his wife, Aly, both jumped from the bridge around noon, but Brandon Chance deployed his parachute late and hit the water with the chute only partially deployed.

Sheriff’s spokeswoman Lori Stewart said Chance’s wife pulled him from the water and performed CPR, but the San Diego-area man did not survive his injuries.

The I.B. Perrine Bridge spans a canyon 486 feet (148 meters) above the Snake River in Twin Falls, Idaho. It’s a popular destination for BASE jumpers and is the only man-made structure in the United States where people can BASE jump year-round without a permit. BASE stands for the things the extreme sport enthusiasts jump off using either parachutes or wingsuits: buildings, antennas, spans (bridges) and earth. 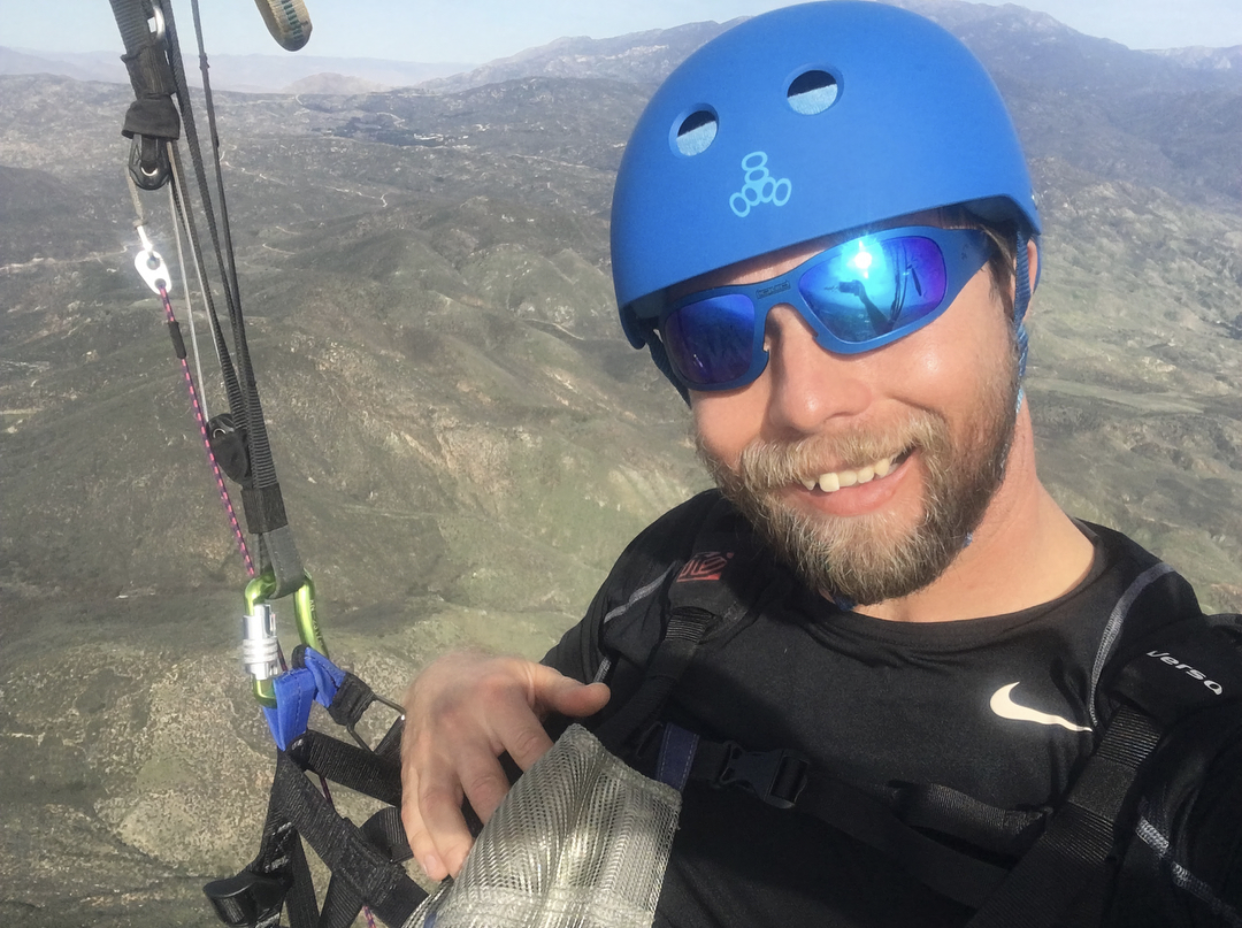 Photo of Brandon John Chance, who died Monday while BASE jumping in Idaho. Here he is in Soboba which is near Temecula, CA. (Photo via Instagram).