SAN DIEGO (KUSI) – One of “the” issues with the chronically homeless is substance abuse.  That’s the backdrop for a just-completed police sting.  As drug dealing became rampant in an area of the East Village, San Diego officers went undercover.

As drug stings go, the target area was relatively small:  A one-square mile area of the East Village, from Petco Park on the West, to the I-5 corridor on the East.  The result:  Indictments against 41 drug dealers, 32 of whom have been arrested.

The operation was sparked by how obvious it had become to buy illegal drugs in a three by four block area.  Dozens of dealers, had set up shop, peddling everything from methamphetamine to crack cocaine and heroin.

With the community also pressing for help, San Diego Police joined the District Attorney’s office in launching an undercover operation last April.  The situation had also created unsettling environment. D-A Summer Stephan told us, “These are people, veterans, disabled, young people living there.  They felt uncomfortable, looking out their windows at drug deals, afraid to complain that they’d be targeted as a snitch.” 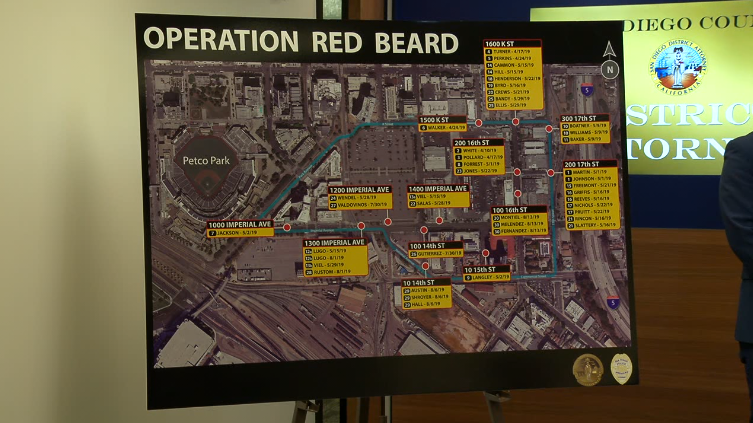