Security footage was released where you can see the girl walking along the wall all by herself.

The San Diego Sector Border Patrol published the following information about the encounter:

Agents observed a small child being dropped off near the end of the border wall near San Ysidro, Calif. at about 10:45 a.m.

The young girl then proceeded to walk along the north from the international boundary line along the Tijuana River channel and into the United States. Agents quickly responded and removed her from the dangerous area. Upon questioning, agents determined that the young girl was a 5-year-old Guatemalan citizen.

“Sadly, this is the latest example of how the most vulnerable populations are being exploited for financial gain,” said Chief Patrol Agent Aaron Heitke. “Thankfully our agents encountered this child before any harm could befall her.”

Agents transported the young girl to a nearby Border Patrol station for processing where she was screened by medical staff and determined to be in sound health. The child said her parents were in the United States but did not have any contact information for them. The child also said that her 7-year-old cousin remained in Mexico with an unknown male. Agents notified both the Mexican and Guatemalan consulates as well as Health and Human Services.

To prevent the illicit smuggling of humans, drugs, and other contraband, the U.S. Border Patrol maintains a high level of vigilance on corridors entering, departing and along our Nation’s borders. To report suspicious activity to the U.S. Border Patrol, contact San Diego Sector at (619) 498-9900. 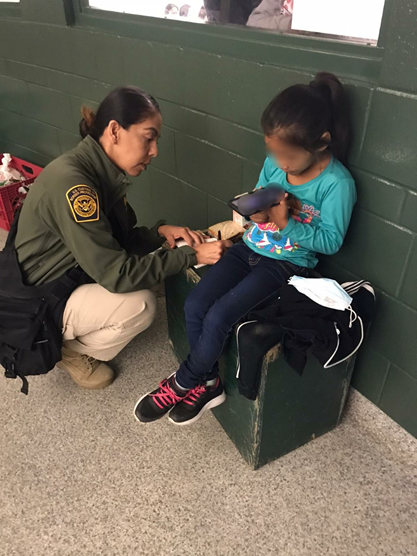 The Latest: Illinois offers cash prizes to get vaccinated