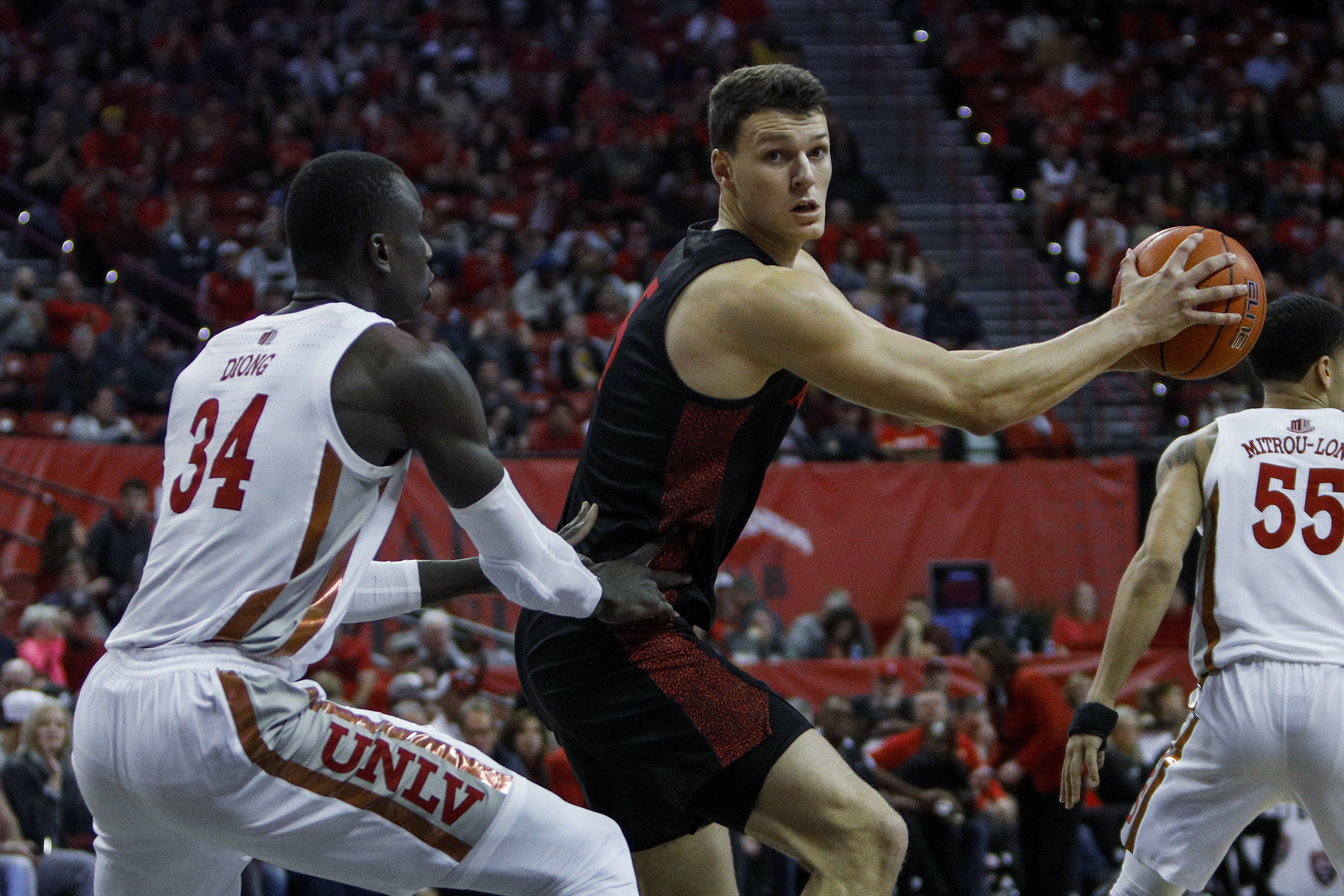 San Diego State’s Yanni Wetzell (5) is defended by UNLV’s Mbacke Diong (34) during the second half of an NCAA college basketball game on Sunday, Jan. 26, 2020, in Las Vegas. (AP Photo/Joe Buglewicz)

“It’s college basketball, everyone has a run in them and (UNLV coach) TJ (Otzelberger) has done a great job with his team,” Aztecs coach Brian Dutcher said.

“We knew they were ready for this moment, cause we’d seen it many times with TJ’s club, they get better and better. They played the right way, they were rewarded for it, but at the end of the day we made enough timely plays and important plays to get out of here with the win.”

The Aztecs have the longest current winning streak in Division I. They are also the last remaining undefeated Division I team.

The Aztecs’ 21-game winning streak to start a season is the longest in Division I since Gonzaga began the 2016-17 season 29-0 before advancing to the national championship game.

San Diego State has won 16 of its past 17 games against UNLV and lead the all-time series that began in 1966, 37-36. This the first time the Aztecs have led the series.