SACRAMENTO (KUSI) – Amid record high gas prices, many Republican officials across the State of California have called for Governor Gavin Newsom to suspend the gas tax.

Californians pay the highest price per gallon of gas in the entire country, and on top of that, the highest taxes and fees per gallon.

Gas prices are hurting people and families across the state, especially here in San Diego where we are also paying the most expensive rates for electricity in the country.

According to a new study, San Diego, recently passed San Francisco as the least affordable city in the United States.

But to no surprise, the Democrat-led California Assembly has voted down the calls for suspending the gas tax.

If approved, Californians would have seen the relief immediately. 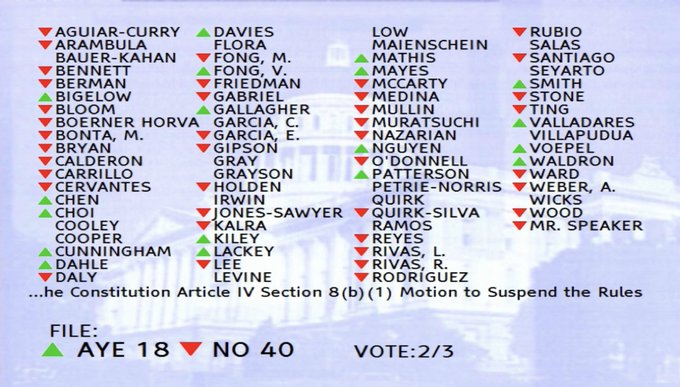 Glad to see @ToddGloria back on the Assembly Floor today advocating for the @CityofSanDiego! Always a pleasure to work with his office to help San Diegans on homelessness, housing and other important areas. pic.twitter.com/TcJ7TRb8Dd

The green arrows voted to suspend the gas tax. The red arrows welcomed $6 per gallon with open arms. pic.twitter.com/wRGjw9bx06

See, everyone wants to talk about the gas tax… but what assurance do we have that suspending the gas tax would mean money back in our pockets? What controls are in place to keep the greedy oil corporations from just keeping gas at the same price & simply pocketing more? NONE! https://t.co/6GgpIVBpZP