SAN DIEGO (KUSI) – The San Diego Association of Governments broke ground Thursday on the first phase of a series of projects to install more than a dozen miles of bike boulevards and protected bikeways in North Park and Mid- City.

The regional planning agency broke ground on the Georgia-Meade and Landis Bikeway projects, which will add more than six-and-a-half miles of bike path through urban areas such as City Heights, Kensington, Talmadge, North Park, Normal Heights and University Heights.

“Today marks a significant step on the path to creating a network of regional bikeways to give San Diegans safe options to travel to work, school, or just to get out and enjoy our beautiful region,” Blakespear said. “Breaking ground on these two urban bikeways brings us one step closer to achieving that goal.”

Business owner and mobility board member, Noli Zosa, spoke with KUSI’s Dan Plante about the high cost of the bikeway projects.  Zosa asked, “SANDAG’s plan is to spend $279 million to pave 70 miles of bike lanes. How many miles of roads can we pave with that money? How many highways and freeways can we upgrade with $279 million?”

Zosa continued to explain why the city of San Diego’s mobility board only cares about bike lane projects. “The people that join the mobility board, are advocates for bikes. There’s a lot of bike advocates on the board” he stated.

Zosa was voted down when the issue of North Park’s 30th street bike lane project came to a vote. Even though SANDAG has Utah St. as the connector to the Georgia-Meade and Landis bikeway, the city of San Diego is still calling for 30th Street and the removal of 371 parking spaces in front of both businesses and homes.

Zosa explained why he is against spending so much money on these bikeway projects saying, “99% of San Diego still use a vehicle as their primary mode of transportation. 1% of San Diegans use their bicycle as their primary mode of transportation, we are catering to the 1%.” Zosa believes there are better ways than this to accomplish the climate action plan.

SANDAG has worked to dramatically expand and promote cycling access locally since 2013, when the agency’s Board of Directors approved the $200 million Bike Early Action Plan, which includes 40 projects totaling 77 new miles of bikeways and bike paths countywide. The EAP is funded by Transnet, the region’s half-cent tax on public transit fares that SANDAG administers.

Noli Zosa is currently running for San Diego City Council District 7. Information about his campaign can be found here.

Information on the Georgia-Meade and Landis Bikeway projects can be found at keepsandiegomoving.com. SANDAG expects the two projects to be completed by early 2022. 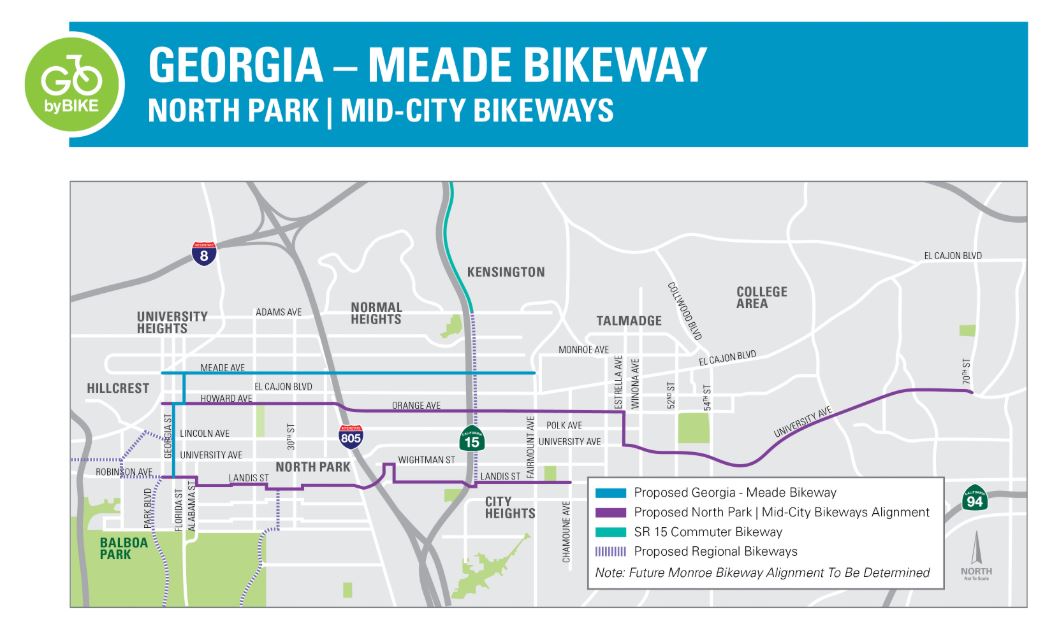