Bernie Sanders and House progressives are unveiling legislation to cancel all student debt.http://bit.ly/2Na2DkP

WASHINGTON (AP) — Days before the first Democratic presidential debates, Sen. Bernie Sanders and House progressives are unveiling legislation to cancel all student debt, going further than a signature proposal by Sen. Elizabeth Warren as the two jockey for support from the party’s liberal base .

By canceling all student loans, Sanders says the proposal would address an economic burden for 45 million Americans. The key difference is that Warren’s plan considers the income of the borrowers, canceling $50,000 in debt for those earning less than $100,000 per year and affecting an estimated 42 million people in the U.S.

Questions face both candidates about how to pay for all of that plus their proposals for free tuition at public colleges and universities. But the battling ideas highlight the rivalry between senators who have made fighting economic inequality the cornerstones of their 2020 presidential campaigns.

“In a generation hard hit by the Wall Street crash of 2008, it forgives all student debt and ends the absurdity of sentencing an entire generation to a lifetime of debt for the ‘crime’ of getting a college education,” Sanders said in remarks prepared for delivery at a news conference Monday with the proposal’s House sponsors, Reps. Ilhan Omar, D-Minnesota, and Pramila Jayapal, D-Washington. 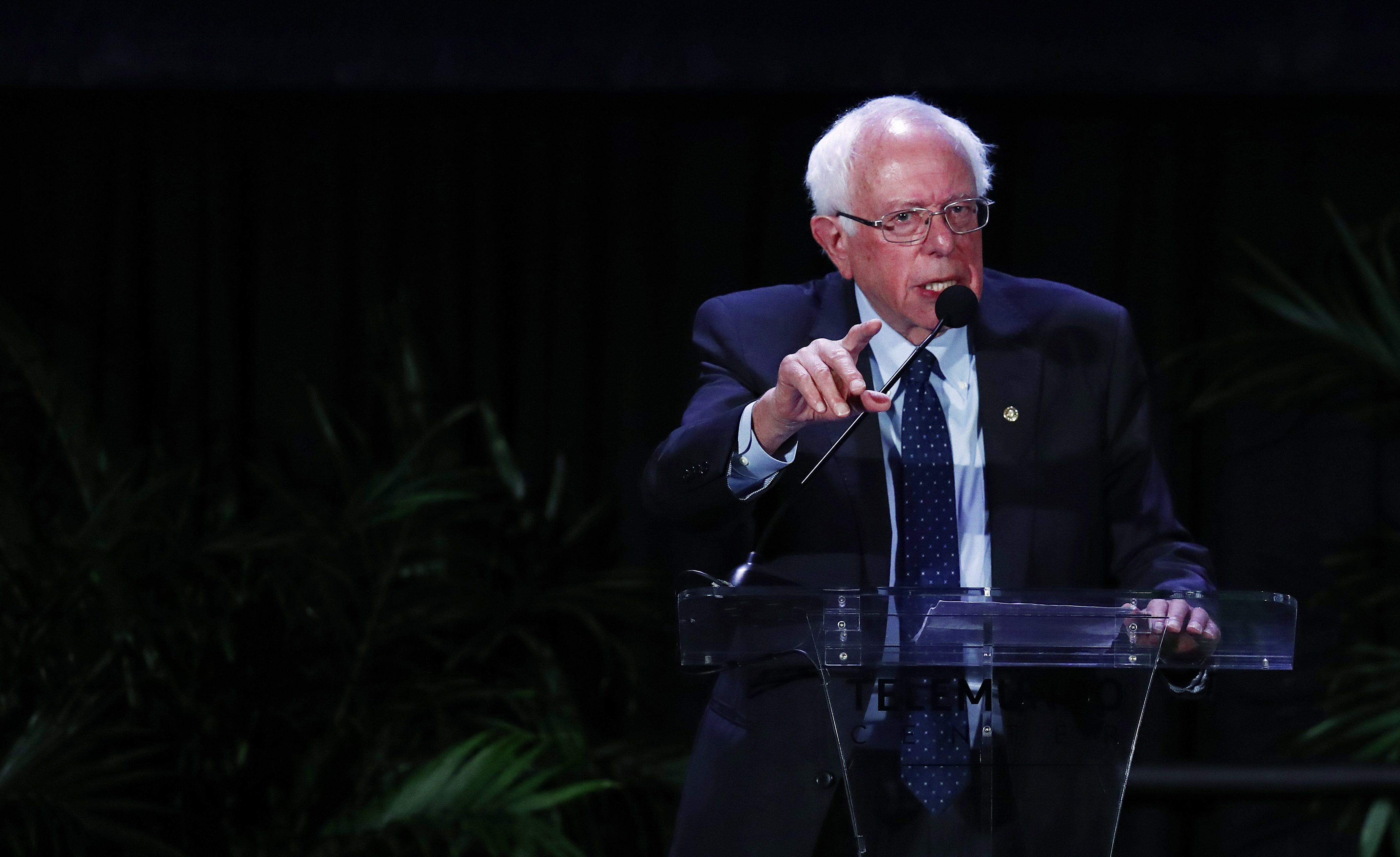 His bill and Warren’s plan, proposed in a Medium article earlier this year, are part of their broader appeal to liberal voters with a series of progressive policy ideas on issues such as health care, technology and education. The dynamic seems certain to play out this week during the first Democratic debates . Twenty candidates are set for the showdown, with Warren part of the lineup on Wednesday and Sanders appearing a day later. The events come as there are signs that Warren is cutting into Sanders’ support from the left.

Sanders’ effort at one-upmanship on student loans, named the College For All Act, would cancel $1.6 trillion of debt and save the average borrower about $3,000 a year, according to materials obtained by The Associated Press. The result would be a stimulus that allows millennials in particular to invest in homes and cars that they wouldn’t otherwise be able to afford. It would cost $2.2 billion and be paid for — and then some — by a series of taxes on such things as stock trades, bonds and derivatives, according to the proposal.

The universal debt relief is designed partly around the idea that it would mostly benefit Americans who can’t afford college tuition without loans, according to a senior Democratic aide who spoke on condition of anonymity because the legislation wasn’t yet public.

Warren’s plan, which she has suggested in published reports will be introduced as legislation, would be paid for by imposing a 2% fee on fortunes greater than $50 million, a wealth tax designed to target the nation’s top 0.1% of households. Warren projects the levy would raise $2.75 trillion over 10 years, enough to pay for a universal child-care plan, free tuition at public colleges and universities, and student loan debt forgiveness for an estimated 42 million Americans — with revenue left over.

Critics say top earners would find ways around such penalties. But if the free college and student debt relief advocates don’t hit their revenue goals, they could simply add to the deficit — as President Donald Trump and congressional Republicans have by passing more than $1 trillion in tax cuts without paying for them.

What do you think about Sanders’ plan? Let us know by commenting on our Facebook or Twitter posts below!

Sanders plan would would cancel $1.6 trillion of debt and save the average borrower about $3,000 a year.

Sanders says the College For All Act "would be fully paid for by a tax on Wall Street speculation."

What are your thoughts on the plan? https://t.co/aPHyprb3nV