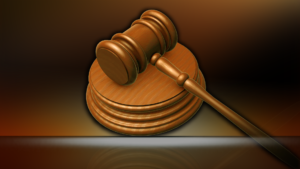 SAN DIEGO (KUSI) – A San Diego-based construction company has been fined more than $1.7 million by the California Labor Commissioner’s Office for allegedly failing to properly pay its workers, resulting in minimum wage and overtime violations, it was announced Monday.

According to the office, an investigation into the alleged wage violations began in 2019 in response to reports that workers were only paid 40 hours per week “despite consistently working overtime on mixed-use construction projects in the San Diego and Los Angeles areas.”

The Labor Commissioner’s Office alleges an audit of the company’s payroll showed “illegally modified timesheets that removed record of the overtime hours the workers should have been paid.”

The owners have appealed the citations, which total $1,771,133, with $1,610,527 payable to the workers. Under the appeal procedure, the Labor Commissioner’s Office will hold a hearing before a hearing officer who will affirm, modify or dismiss the citations.

“Paying workers a flat rate is not an excuse to deny them the overtime hours they earned and should be paid,” California Labor Commissioner Lilia Garcia-Brower said in a statement. “The laws in California protect workers. It is critical that workers keep track of their hours and pay so they can defend themselves.”