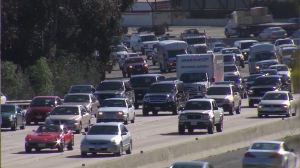 SAN DIEGO (KUSI) – Plans to reduce the region’s carbon emissions to zero are achievable, but will require collaboration between local governments and multiple agencies, according to a report going before the San Diego County Board of Supervisors Wednesday.

The board asked for the report, called the “San Diego Regional Decarbonization Framework,” in January when it voted to “pursue leading an effort to move the entire region — not just the unincorporated county within its jurisdiction — toward net zero-carbon emissions,” according to a county statement.

However, the effort would require the county to work closely with the region’s 18 cities and agencies, such as the San Diego Association of Governments.

UC San Diego School of Global Policy and Strategy is the lead group behind the initial report, which proposes strategies intended to reduce regional carbon emissions to net-zero levels no later than 2045, matching the carbon neutrality goal California set in 2018.

It concludes local governments have become the de-facto leaders in the race to reduce greenhouse gases “in the absence of meaningful international action” because local governments are “on the front lines of both climate change adaptation and mitigation efforts.”

The report found the county is in the right position to help lead those efforts for several reasons.

First, the county has direct influence over greenhouse gas reduction in several areas, such as through its land use development authority in unincorporated areas, according to the report. It also has indirect influence with elected officials countywide and has a role in developing and acquiring electricity as a member of San Diego Community Power.

The three largest sources of emissions in San Diego are light-duty vehicles at 37%, electricity at 23% and natural gas in buildings at 8%, according to the report.

The report proposes several key targets in the effort to reduce emissions, including:

— using electricity rather than natural gas to heat water and spaces, and electric heat pumps instead of furnaces and air conditioners.

Additionally, the report said “the simplest, most effective, least expensive solution is to continue to protect and preserve natural and working lands.”

The report was first released late last month and is expected to be finalized in February. Secondary studies assessing the impact decarbonization would have on jobs and reviewing climate action policies and social equity across the region will complete the full report in August.