SAN DIEGO (KUSI) – Some community members asked the San Diego Police Department to take a closer look at the use of a tactic called a “carotid restraint.” While critics say the practice isn’t safe, the department says the neck hold can be an effective policing tool, as an intermediate force tactic and a non-lethal use of force.

A recent review by the police department found that the carotid restraint was used more than 400 times over a five year period between 2013 and 2017.

Lieutenant Jim Jordon from the San Diego Police Department says a choke hold that pushes against the windpipe isn’t legal, but the vascular neck hold which obstructs blood flow, not air flow can be effectively used in cases involving assaultive or combative subjects. The technique applies pressure to the blood vessels on the side of the neck, until the person loses consciousness. 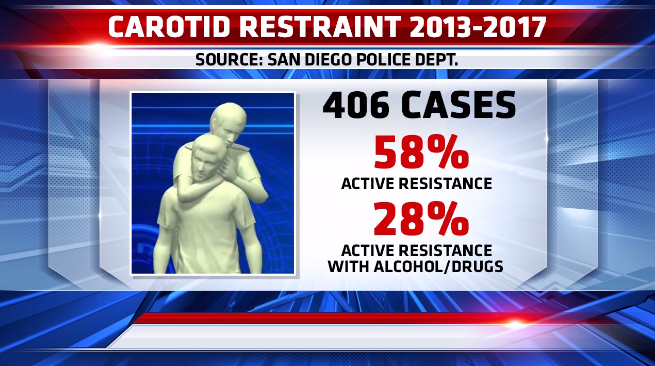 Community members have expressed reservations about the safety of the hold and whether the restraint could lead to death.  The department said it did not know of any incidents that resulted in death or significant injury.

The police department said based on its review, it will continue to use the carotid restraint, although it will make some policy changes to sure the practice is safe. Those revisions include an annual review of the use of force, more frequent police training on the neck hold, taking subjects to whom the restraint was applied to a hospital for a medical evaluation and banning the use of the tactic on high risk individuals such as the elderly, those who are st obviously juveniles and pregnant women.

The carotid restraint puts pressure on each side of the suspect’s neck, as shown in the photo below. 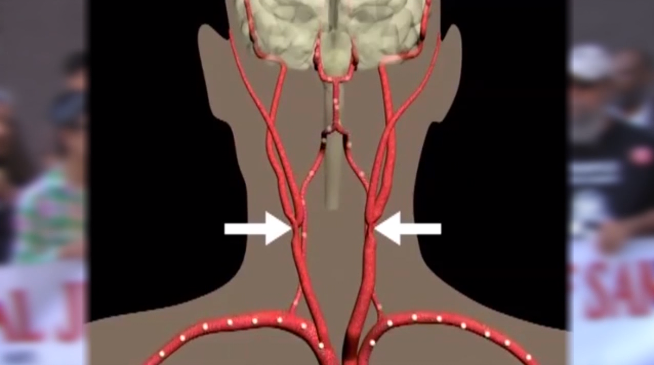