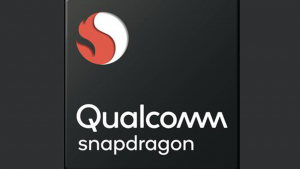 SAN DIEGO (KUSI) – San Diego State Univeristy and the University of San Diego will play host to the 2023 Men’s World Lacrosse Championship, it was announced Monday.

The first such event to take place in California, the championship will feature 30 teams and more than 100 games at the universities from June 21 to July 1, 2023, according to a statement from World Lacrosse.

Hosted by the San Diego 2023 Organizing Committee with support from World Lacrosse and USA Lacrosse, the tournament is intended to bolster the sport as it vies for inclusion in the Los Angeles 2028 Olympic Games.

“We’re incredibly excited to bring the premier men’s lacrosse tournament to California for the first time,” World Lacrosse CEO Jim Scherr said in a statement. “The sport has seen rapid growth around the world and across the United States — especially in the southwestern region — and this event will serve as a catalyst for additional interest and participation as we seek to gain inclusion for lacrosse in the 2028 Olympics.

“Under the leadership of a connected and passionate local organizing committee, we anticipate unprecedented exposure for the sport amidst the stunning backdrop that Southern California provides,” he said.

“We’re honored to serve as the Local Organizing Committee and welcome the world to Southern California,” said Steve Govett, vice chair of the San Diego 2023 Organizing Committee. “We look forward to engaging the global lacrosse community to showcase the greatest athletes in the sport at the highest level of international competition here in the city of San Diego.”

Alongside the world championship, San Diego will host a youth festival for the sport.

SDSU’s under-construction 35,000-seat Snapdragon Stadium — scheduled to open in September — will host the opening and closing ceremonies, opening game, semifinals and medal games. An additional three fields will be used for tournament play at SDSU.

USD’s Torero Stadium will host a majority of the tournament’s games. An additional turf field on campus will also host tournament play.

“This is a big win for San Diego,” said Julie Coker, president and CEO of the San Diego Tourism Authority. “Events like these are critical to the health of our local tourism economy, especially as we continue our recovery.

“It will also help highlight why San Diego is the perfect destination to host athletes from around the world so we can continue to attract premier sporting events and grow this important sector of our tourism economy,” Coker said.

The championship was delayed by one year due to COVID-19 after originally being scheduled for 2022 in British Columbia.