SAN DIEGO (KUSI) – A harbor seal with the most severe neck wound that Sea World’s rescue team had ever seen was returned to the ocean after undergoing rehabilitation at the San Diego theme park.

The female seal was rescued from the La Jolla Children’s Pool on June 29. A gill net embedded into the animal’s neck was only centimeters from her vertebrae, according to Eric Otjen, SeaWorld’s assistant curator of mammals.

“We checked out her wound and it was really deep,” he said. “The net was cutting into her neck to the point we couldn’t see the line anymore.”

The seal was brought to SeaWorld to be examined and have the net removed, then began a rehabilitation regimen that included antibiotics, cold laser therapy and medicinal honey treatments.

“Her rehabilitation went very smoothly,” said Tres Clarke with the rescue team. “She was in the water the second day and even eating live fish.”

The marine mammal was returned to the ocean July 9 with two other rescued and rehabilitated seals. 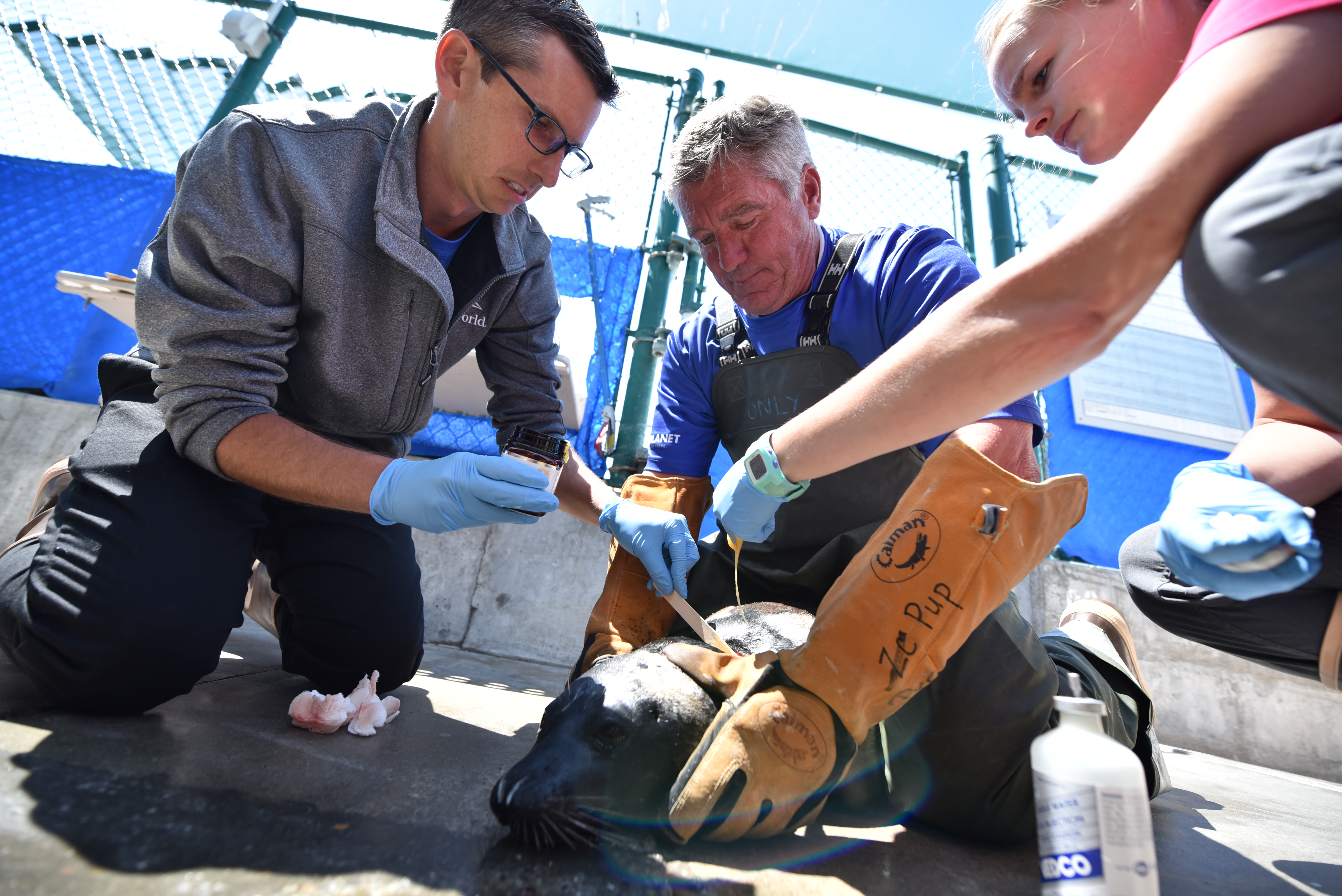 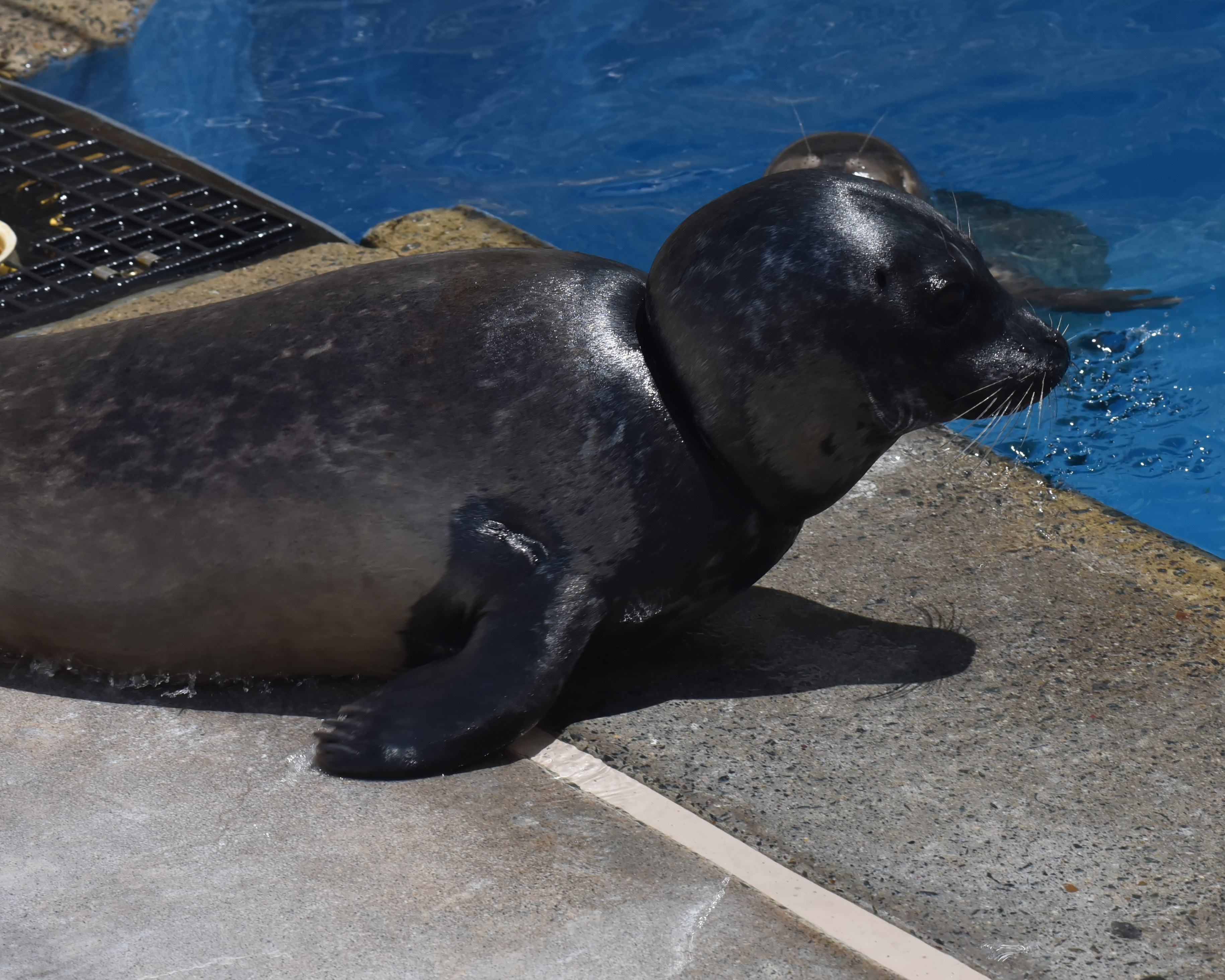 Though the wound wasn’t fully healed, experts thought it was in the animal’s best interest to return to the ocean, as they didn’t want her to become too accustomed humans and she had already demonstrated hunting ability, Otjen said.

“As soon as she got into the water, she started exploring her surroundings right away,” he said.

The Rescue Team made several attempts to rescue the harbor seal after getting reports on the Rescue Hotline about the distressed animal at Children’s Pool in La Jolla. Each time the Team went out to try to help the animal, she would dash into the water. Finally on June 29, they were able to successfully find her and assess her condition. “We checked out her wound and it was really deep,” said Eric Otjen, assistant curator of mammals for SeaWorld San Diego. “The net was cutting in to her neck to the point we couldn’t see the line anymore.” They brought her back to the park for an exam, rehabilitation and to remove the rest of the gill net. Her rehabilitation also included antibiotics, cold laser therapy and medicinal honey treatments. Many members of the team stated that this was the worst wound on a marine mammal they had ever seen. “Her rehabilitation went very smoothly,” said Dr. Tres Clarke. “She was in the water the second day and even eating live fish.”  On July 9, the animal was returned to the ocean, along with two other rescued and rehabilitated seals. While the wound was not 100 percent healed, SeaWorld experts believe it was in the animal’s best interest to get her back to the ocean, as she had demonstrated the ability to hunt for prey and they did not want her to get too accustomed to humans. “As soon as she got into the water, she started exploring her surroundings right away,” said Otjen, adding that saltwater will also help the wound further heal.

The goal of SeaWorld’s Animal Rescue and Rehabilitation Program is to return rescued, nursed to health animals to the wild for a second chance at life. Nearly 70 percent of the animals rescued by the park are returned to the wild.