The healthy female calf was born just before 1 a.m. Nov. 21 at the Safari Park’s Nikita Kahn Rhino Rescue Center and is nursing well and bonding with her mother, 11-year-old Amani. The calf’s birth represents the second successful artificial insemination of a southern white rhino in North America, according to zoo officials.

“We are very pleased Amani did so well with the birth of her first calf, and she is being very attentive to her baby,” said Barbara Durrant, San Diego Zoo Global’s Henshaw endowed director of reproductive sciences. “The calf is up and walking, and nursing frequently, which are all good signs.”

If the plan proves successful, researchers could attempt similar assisted reproduction techniques with the critically endangered Sumatran and Javan rhinos.

“The birth of each rhino calf is a moment for celebration,” San Diego Zoo Global President and CEO Paul Baribault said. “Although we rejoice with each birth, we know that the recovery of a species requires collaborative work to build sustainable populations that can thrive in native habitats.”

Amani and her yet-unnamed calf will remain in a private habitat to continue bonding and allow the calf to nurse and grow. Edward first began meeting with other rhinos in the Safari Park’s herd at the beginning of October. Victoria and Edward and the rest of the herd can be viewed at the Nikita Kahn Rhino Rescue Center from the Safari Park’s Africa Tram.

The San Diego Zoo Global’s full press release announcing the birth is below: 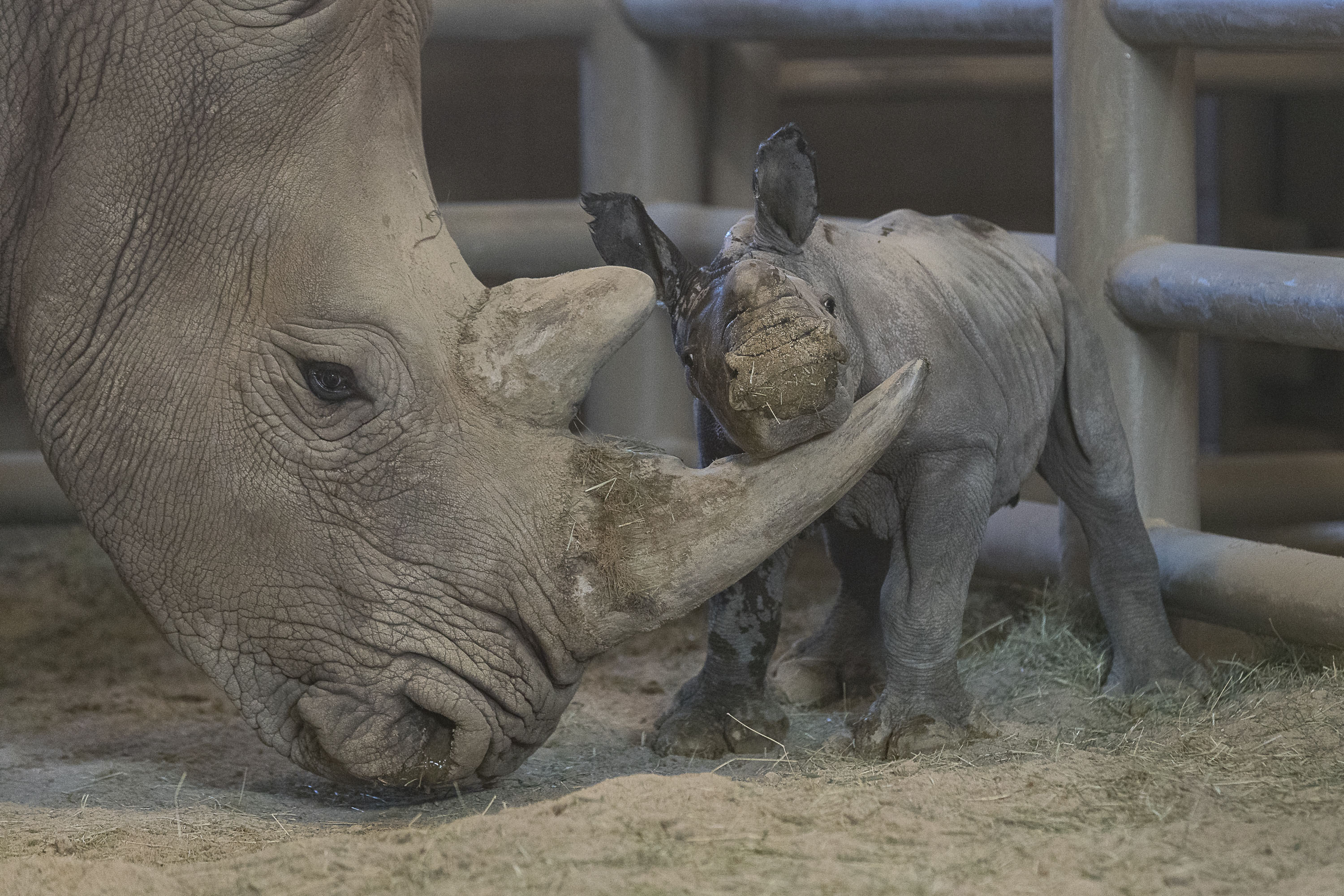 The wait is over! Amani gave birth to a healthy girl. This is the 2nd rhino born following hormone-induced ovulation and artificial insemination, and she's also the 100th southern white rhino born here. #EndExtinction pic.twitter.com/dRPr3LCYqM