The 142-page bill proposes cuts to Medicaid after 2021 and ends the Obamacare mandate that every person must buy insurance. It also repeals Affordable Care Act taxes on the wealthiest Americans and insurance companies. Funding would be cut to Planned Parenthood for one year under the proposed bill and states would have more options to opt out of health care regulations. 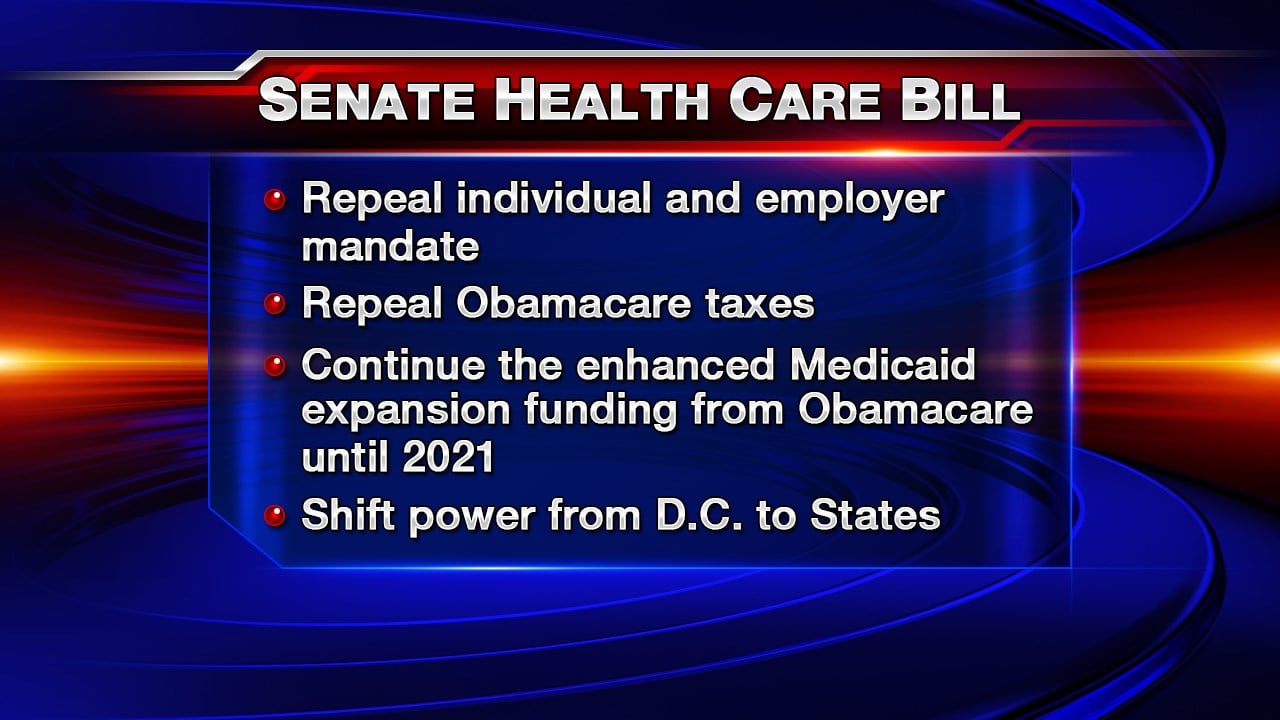 The Senate bill draft does have some differences to the bill passed by the House last month. Subsidies under the House plan would be determined by age but the Senate bill proposes subsidies be evaluated by income. The Senate bill would also take longer than the House version to cut off expanded Medicaid funding implemented under Obamacare.

Senate Majority Leader Mitch McConnell (R-KY) said on the Senate floor Thursday the bill preserves coverage for pre-existing conditions and coverage for children under their parent’s insurance until age 26.

McConnell said the bill could go to a Senate vote as early as next week and believes a vote will happen before the July 4 recess.

The Congressional Budget Office has not yet released their non-partisan budget review of the bill.

Read the bill in full: