WASHINGTON (AP) — The Senate Intelligence Committee has struck a deal with Donald Trump Jr. to appear for a closed-door interview next month, pulling the two sides back, for now, from a confrontation over a subpoena as part of the panel’s Russia investigation.

Under the terms of the deal, according to two people familiar with the agreement, Trump Jr. will talk to the committee in mid-June for up to four hours. The people spoke on condition of anonymity Tuesday to discuss the confidential terms. 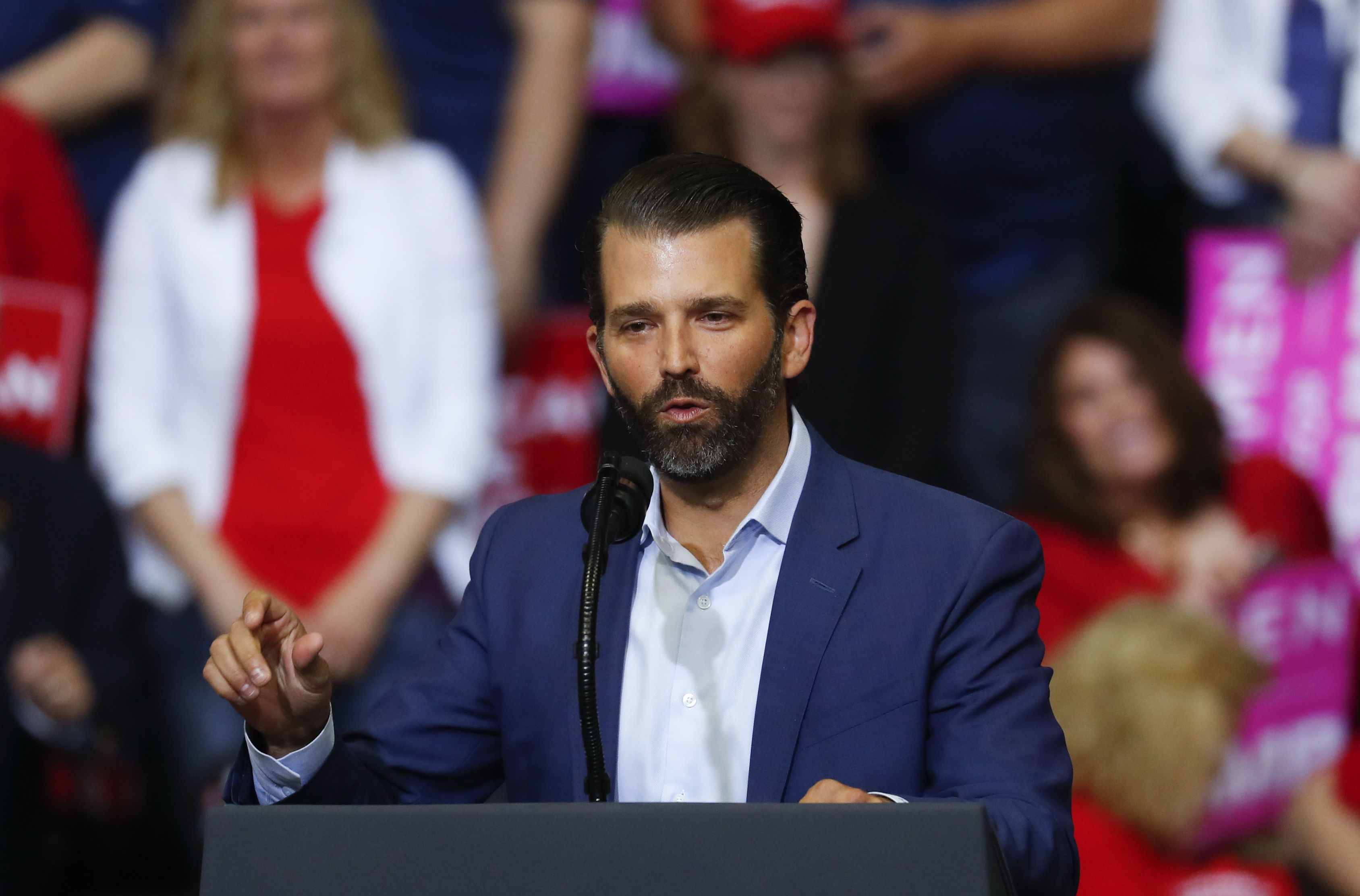 The deal comes after the panel subpoenaed President Donald Trump’s eldest son to discuss answers he gave the panel’s staff in a 2017 interview. Trump Jr. had backed out of interviews twice, prompting the subpoena, according to people familiar with Senate Intelligence Committee Chairman Richard Burr’s remarks to a GOP luncheon last week. Those people spoke on condition of anonymity to discuss Burr’s remarks in the private senators’ meeting.

The deadline for Trump Jr. to respond was Monday, according to one of the people familiar with the terms, and he expected to be held in contempt for declining to be interviewed. But the committee reached out Monday evening and the deal was struck.

A spokeswoman for Burr declined to comment. The North Carolina Republican has weathered fierce criticism for the subpoena from the president and his GOP colleagues.

Trump said on Tuesday said he believed that his son was being treated poorly.

“It’s really a tough situation because my son spent, I guess, over 20 hours testifying about something that Mueller said was 100 percent OK and now they want him to testify again,” Trump told reporters at the White House before traveling to Louisiana. “I don’t know why. I have no idea why. But it seems very unfair to me.”

It’s the first known subpoena of a member of the president’s immediate family, and some Republicans went as far as to say they thought Trump Jr. shouldn’t comply.

Sen. Thom Tillis, R-N.C., tweeted, “It’s time to move on & start focusing on issues that matter to Americans.” Sen. John Cornyn of Texas, a GOP member of the panel, said he understood Trump Jr.’s frustration. Cornyn’s Texas colleague, Republican Sen. Ted Cruz, said there was “no need” for the subpoena.

Senate Judiciary Committee Chairman Lindsey Graham, R-S.C., said on “Fox News Sunday” that if he were Trump Jr.’s lawyer, “I would tell him, ‘You don’t need to go back into this environment anymore.'”

Senate Majority Leader Mitch McConnell has defended Burr, telling his colleagues during the private GOP luncheon last week that he trusted the intelligence committee chairman. On Tuesday, McConnell told reporters that “none of us tell Chairman Burr how to run his committee.”

Still, McConnell made it clear that he is eager to be finished with the probe, which has now gone on for more than two years.

Burr has “indicated publicly he believes they will find no collusion” with Russia, McConnell said. “We’re hoping we will get a report on that subject sometime soon.”

It’s uncertain when the panel will issue a final report. Burr told The Associated Press earlier this month that he hopes to be finished with the investigation by the end of the year.

The subpoena has highlighted a delicate bind facing Burr, a third-term senator who has said he is not running for reelection in 2022. He has been adamant that the panel’s Russia probe be bipartisan and fair and has worked closely with the panel’s top Democrat, Virginia Sen. Mark Warner.

Burr’s committee had renewed interest in talking to Trump Jr. after Trump’s former lawyer, Michael Cohen, told a House committee in February that he had briefed Trump Jr. approximately 10 times about a plan to build a Trump Tower in Moscow before the presidential election. Trump Jr. told the Senate Judiciary Committee in a separate interview in 2017 he was only “peripherally aware” of the proposal.

The panel is also interested in talking to the president’s eldest son about other topics, including a campaign meeting in Trump Tower with a Russian lawyer.